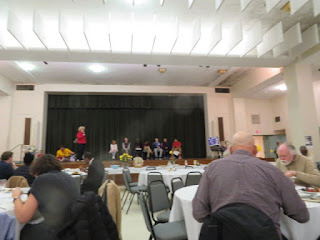 The First Baptist Church of the City of Washington DC presented a 20-minute youth play today during the dinner brunch after communion service. It was called "It's a Busy, Magical Life: A Presentation in Poetry, Art and Illusion".

The kids got practice in reading scripts written in Final Draft.

It comprised six brief parts (like movements of a musical suite).  There was an “Opening” (like in a chess game), then a Poem Recitation (they poems rhymed), a reading of Zephaniah 3.17

It got interesting with a mind reading act with members of the audience (“what’s your favorite board game?”)   It turned out to be Encore (what about Clue, Mr. Ree, Star Reporter, Global Pursuit, Trivial Pursuit (a favorite of game nights)?  Maybe Chess? (4-D)?  Maybe Go?


Mind reading essentially depends on quantum entanglement (John Fish has a science fair video on it from 2015).  But it could be a useful “hacking tool” in a sci-fi movie.  It’s a bit like counting cards in Las Vegas (the movie “21”).

Then there was a magic trick involving a quilt. 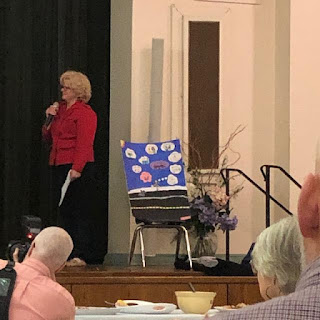 Finally there was a gallery of thematic art.

Back in 2011 (May 15) I reviewed a production of “Wise Guys”  at another church, and it still never seems to have been made into a movie (like by a Christian film company maybe like Sony Affirm).