Gibson's "The Four Pillars": music on a single note, for meditation? 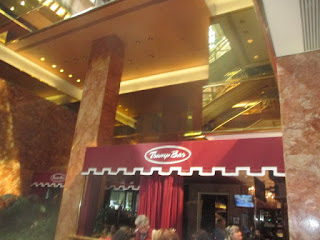 This work is so unusual I feel I cam make a short blog post about it without playing much of it. It is Randy Gibson's “The Four Pillars Appearing From the Equal D Under Resonating Apparitions of the Eternal Process in the Midwinter Starfield.”

The New York Times story Saturday June 17 on p C2 by Seth Colter Wallas is “It’s Not One Note if There’s All That Texture”.  Well, texture can fascinate me visually, as I learned as a teenager. Online the article is “Listening to Three Hours of Music, from a Single Note”.

Don’t know where this was performed, but I can imagine the Poisson Rouge, or maybe the 9:30 Club n Washington.

Of hand, the music reminds me of hemi-sync from the Monroe Institute in Virginia, but I haven't ever had a session long enough to tell if that is really the intention, to provide connective meditation to cosmic consciousness, Rosicrucian style. (I did attend a "Rosicrucian Feast" in a New York City hotel on March 21, 1977, a chilly Sunday night as I recall, when living there.)

Arthur Honneger has a very French symphony “The 3 D’s” and I’ll have to go back and listen to it soon.

Posted by Bill Boushka at 7:24 PM No comments:

Stanford's Irish Rhapsodies, one of them an inspiration to singer Josh Grobah 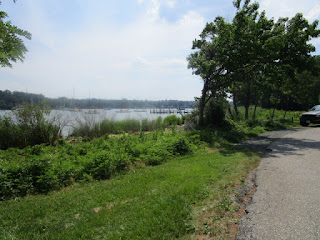 The symphonies and orchestral rhapsodies of Irish composer Sir Charles Villiers Stanford, largely recorded on Chandos, got my attention during the late 1980s and all of the 1990s, when CD’s were all the rage.

The rhapsodies often use Irish folk songs as second subjects, developing them as symphonic material. The Irish Rhapsody #1 in D Minor presents the song “Danny Boy” as a second subject at about the 5 minute mark.  The work does not bring the tune to the triumph that it might have.  But singer Josh Groban would do so with the song “You Raise Me Up” in 2010, the last year of my own mother’s life.

But my favorite of the Irish Rhapsodies is #4 in A Minor, Op. 141, “The Fisheman of Lough Neah and what He Saw”, here on Chandos with Vernon Handley and the Ulster Orchestra.  The fisherman may have seen the Second Coming.  The Rhapsody takes another folk song and builds it up to majestic shouts at the end.  This work was a favorite on mine in the 1990s, as I worked on my first DADT book during the debate on “don’t ask don’t tell”.


Stanford wrote six symphonies, in the vein of Brahms and Elgar, which we’ll return to later.

Posted by Bill Boushka at 11:06 AM No comments: 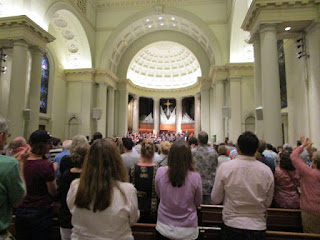 Sebastian Letocart is known for his completion of the Finale of Bruckner’s Ninth Symphony, (he calls himselt Tracotel on Facebook), has a number of other compositions.

One of these is a five-movement a cappella Great Mass in D.

The work sounds like it comes from the Renaissance era to my years, the days of Leonardo da Vinci, with the harmonies and counterpoint somewhat more dense and even more modal.

I can find three of the five movements on YouTube, sung by the Matthew Curtis consort.
The Kyrie

The Gloria and Agnus Dei are also available.

I've never been a personal fan of a cappella.  My ear wants the overtones of instruments.

Posted by Bill Boushka at 12:28 PM No comments: