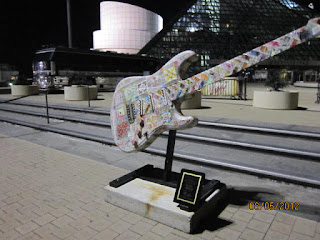 Daniels, a trangender woman (to female) and literature professor and author, has authored the biography of Robert Le Blanc in connection with the repealed “don’t ask don’t tell” policy.

Picture: Mine, at Rock and Roll Hall of Fame in Cleveland, 2012.
Posted by Bill Boushka at 8:43 PM No comments:

Is Randall Thompson's "The Testament of Freedom" an example of musical populism? 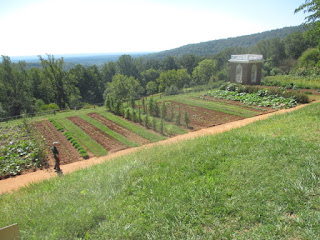 So, today, here’s a “populist” work rather than a typically classical one, “The Testament of Freedom”, by Randall Thompson, composed in 1943, the year of my birth (my existence started in 1942).   The work was originally intended for chorus and piano and later orchestrated. It was performed by the Boston Symphony and Serge Koussevitsky in 1945, shortly before VE Day.   The piece was originally written for the Virginia Glee Club when the composer was teaching at the University of Virginia.

The four movement work corresponds to four texts: “The Rights of British America”; “The Declaration of Causes and Taking Up Arms” (middle movements), and a letter to John Adams.
The texts tend to emphasize that freedom is not free.

I had a Mercury Wing recording of this in my college days, I think with Dorati.

The movements are in F Major, B-flat, G and F.  The second movement and finale start out as if they were “slow” movements.

The embedded performance is with the Northern Virginia Chorale.

Posted by Bill Boushka at 11:57 AM No comments: