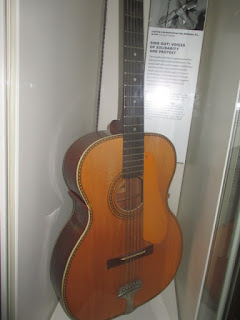 Recently I posted a scored recording of the Vaughn Williams Sym, 6, and now I have another somewhat similar work, the last of the string quartets by Bela Bartok.

There is no key signature, and the tonality is very chromatic and modal and influenced by Hungarian folk dances, but the underlying tonal center seems to be D.

Each movement starts with a slow theme in 6/8. Mesto, before going to the main movement.  The first movement is a more conventional allegro;  the second is a Mahlerian march, with the famous theme in intervals of a fourth.  The third is a burletta, with the famous string effects on repeated notes.  The last is the concluding “pianissimo”.  But Bartok, unlike Vaughn Williams, has some expression marks;  rising to mF, then F, and then FF in the violin on the last page before returning to pianissimo.  Some commentators do think that Bartok was trying to portray the desolation of war., lie Vaughn Williams and Shostakovich.

The other five quartets are  more joyous.  The first starts with a Beethoven-like fugue (resembling #14) but ends in a joyous dance.  Quarters 4 and 5 have the “arch” form and “night music”;  the 5th has a hurdy gurdy theme before the end