Arthur Bliss: A big piano concerto, and other piano works 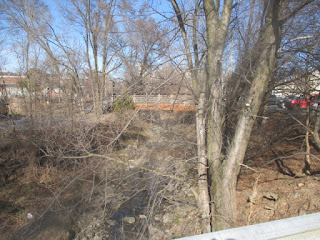 The Piano Concerto in B-flat Minor (1938, 39 minutes) by British composer Arthur Bliss (1891-1975) is sweeping, with a curious mixture of post-Romanticism and English pastoralism.  The style sounds like a combination of Rachmaninoff and Ralph Vaughn Williams (when in his loud and virile moments), with the latter contributing the modal harmonies and clashing dissonances based on half steps and tritones.

There is a sense of menace, and yet defiance and denial.  The first movement (like the concerto in the same key y Tchaikowsky), Allegro con brio, ends in its own Picardy major triumph. The Adagietto is centered a tritone away, in E.  The finale (Andante maestoso introduction; then Molto vivo)  brings back the sweep of the first movement, with a Rachmaninoff-style big tune in B-flat just before the rush toward the end and the final crashing octaves.   At the very end, the clashing chords remind one somehow of the conclusion of an Alfred Hitchcock international spy murder mystery.

I’m supposed that the work isn’t booked more often. It would be a real crowd pleaser.

The Naxos CD, with Peter Donohoe at the piano and the Royal Scottish National Orchestra (2002, 22 minutes), offers the Sonata for Piano, which seems to be in A Minor, but is very chromatic and toccata-like.  It has three movements (Moderato marcato Adagio sereno< Allegro) and picks up momentum after a serene slow movement.


There is a sense that a concerto for two pianos and orchestra should sound “bigger” than a conventional piano concerto  That doesn’t seem to hold here. The Concerto for Two Pianos and Orchestra in D Minor (12 minutes) has three short interconnected movements: Allegro giustp, Larghetto tranquill, Vivace  There is some of the same effect as in the piano concerto but it doesn’t come across as heroic here.