PBS explores how sampling is used to build hip-hop and disco (and sometimes classical); there are legal issues 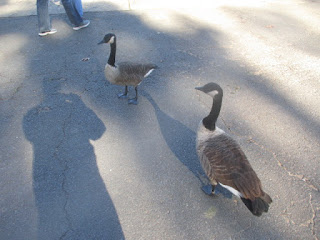 PBS Independent Lens has presented a film “Copyright Criminals” concerning Sampling in Hip=Hop music.  The link is here. Actually, the documentary (tonight, Monday Nov. 21, at 10 PM), despite the title of the “lesson plan”,  did not focus very much on copyright infringement per se, but discussed sampling as a way for mixers and DJ’s to build new musical entities, mostly in hi-hop.

It appears that some composers in the classical “electronic” era use sampling in some cases.  “All composing involves some copying.”  Transcriptions, medleys, re-arrangements, and adaptations are common in modern music.  Sometimes songs are developed by some sort of permutation on a classical music theme.  Sometimes motives from other composers are quoted at strategic points.

But the documentary used mostly popular sources, including some Bee Gee’s material from “Saturday Night Fever” for examples.

But the documentary said that established artists do charge huge royalties for sampling licenses, so beginners have a hard time being able to afford the licenses the way established artists can.  This seems to be a much bigger problem in “pop”, where revenue streams for artists are huge and where lawyers abound (as on Wilshire and Santa Monica Blvds) than in modern classical music, where adaptation is becoming common in commissioning new works.