Kalinnikov's two symphonies, with the brazen ending of the First 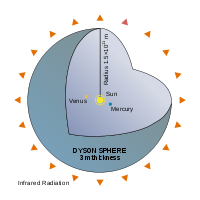 In late 1968, as best I can recall, after finishing Army Basic and being home sometimes, I got familiar with the two symphonies of Russian composer Vasily Kalinnikov (1866-1901), whose life in mother Russia seems to have been tragically abbreviated.

There were recordings on the Melodiya Angel label at the time.

The Symphony #1 in G Minor is better known, and seems to even remind one of the “Winter Dreams” in the same key by Tchaikovsky. The symphony opens quickly with a straightforward folk-like theme and develops its materials in “piano sonata” fashion.  The second movement in E-flat is a nice little meditation on descending thirds  The scherzo is a romp in C Major (with a premonition of a similar movement in the Sibelius Symphony 1).  The finale is the best known of the composer’s statements, and is even transcribed for high school bands to play. While starting out with a rather perfunctory, trivial theme based on the first movement, introduces a majestic second subject, and the Maestoso conclusion is brazen and heroic, a tribute to the Mother Russia that has been lost (and that Putin pretends he can restore, if only he could increase the birth rate).  G Major is an unusual key for such conclusions, because it doesn’t sound thick enough.  The best other example of a similar concept in the key is the ending of Elgar’s Enigma Variations. YouTube link.

The Symphony #2 in A is all major (like “all man”), and sounds a little more like Rimsky-Korsakov and less like Tchaikovsky. The themes are even more cyclic and have even more folksy harmonies and mannerisms.  The slow movement in f# minor is a nice little lullaby that recalls the past, at least mine.  The finale has a slow introduction before becoming a bacchanal. The closing climax at the end mixes the relative minor F# minor with the submediant F Major in a somewhat predictable, perhaps trite fashion.  The effect is not as breathtaking as the end of the First Symphony.

I embedded this particular performance to show the picture of a fictitious alien city.  The arrangements of the taller buildings resembles that of Manhattan (with Brooklyn to the right) viewed from the South, but other things (like the huge moon) are totally alien.  I can imagine myself living in a community in the lower rise buildings in the “Brooklyn Heights” section to the right. It looks like there is a pneumatic subway among the tall buildings.

Maybe the solar system around Tabby’s Star, similar to our sun, 1450 light years away, possibly having a Dyson Sphere, has a planet with a big city like this.  I want a luxury hotel room there with Facebook access.