"Stairway to Heaven" lawsuit could chill some composers, songwriters 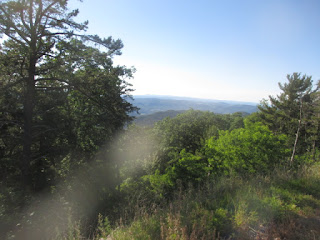 There’s a lot of talk about the “Spirit v. Zeppelin” suit recently, about the claim that the introductory chords from “Stairway to Heaven” were plagiarized.

There’s a story on the trial now in Rolling Stone by Matt Diehl June 16, 2016.  But there is interesting legal analysis on how Fair Use should work with music elements in Forbes dating back to 2014.

In practice, almost all composing and songwriting involves the possibility of some copying, which sometimes is intentional. Mahler’s Third Symphony opens with a theme that sounds like a paraphrase the famous finale of the Brahms First.  And Mahler’s Fifth opens with a motto obviously related to the Beethoven Fifth.  Shostakovich paraphrased Rossini’s William Tell in one his later symphonies.  Amy Beach used folk songs in her Gaelic Symphony (although these would be traditional), as did Sir Charles Stanford.  Eugen D’Albert makes several allusions to other romantic works in his very interesting Piano Concerto #1 (especially in the slow middle section), a work that ought to be played a lot more.  Younger composers today often get commissions to develop works based on other composers output, although these are usually older sources now in public domain. The Forbes article and video above do discuss the role of transformation in affirmative defense to copyright claims.


This case is complicated, and I may come back to it later on my new Wordpress blogs.

Ironically, right after I wrote this post, the verdict came down.  Zeppelin did not steel the riff, according to the jury, CBS story.