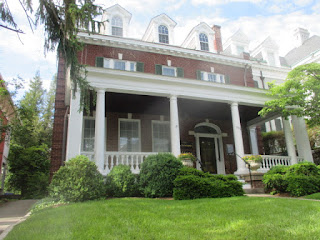 I listened on YouTube to two major chamber works by Amy Beach, these on Chandos and licensed by Naxos, by the Ambache ensemble.

One is the Piano Quintet in F# Minor, Op 67, about 27 minutes (1907).  The work is later than the Piano Concerto and Symphony, but the idiom is still largely post-Brahmsian.  The work has a lot of varying tempi actually recalls Brahms Piano Sonata #2 to my ear (in the same key).  The first movement, in contradiction to her earlier big works, slows down to a quiet ending in minor.  The second movement is a song in the dominant major, here D-flat.  But at the very end of the Finale, it’s all joyful.

The Piano Trio in A Minor, Op 150 (1939), is in three short movements, and the first movement, over a waltz rhythm, explores some impressionistic, perhaps a bit Scriabin-like, dissonances and chords.  The slow movement is a song without words in F#, and the Finale will sound a little more familiar, with a Dvorak-like lilt and a happy ending in A Major.

Posted by Bill Boushka at 3:25 PM No comments: 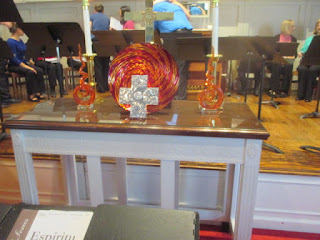 Today, at Trinity Presbyterian Church, in Arlington there was a special 15 minute “Guided Meditation for Pentecost”. Called the “Jazz Gloria”, by Robert Landes.  The piece had three stanzas, and did not sound particularly improvised like true jazz.  Carol Feather Martin conducted the Chancel Choir, with Matthew Stensrud at piano, and with bass and percussion.

There was also a Prelude based on Psalm 136, by Landes, and a Postlude “God Be in My Head”, based on a Sarum Liturgy. And there was an offertory “Rspiritu de Dios” by Brian Tate, based on a traditional Cuban liturgy.

I’ve discussed on Wordpress (previous posting) the Kennedy Center performance of James MacMillan’s “Miserere”, a setting of most of Psalm 51 in the Douay-Rheims translation.

Imagine what Pentecost would have been like for those witnessing the ascension, almost 2000 years before we had the full science to contemplate the reach of life in the Galaxy and Universe.

Posted by Bill Boushka at 7:55 PM No comments: 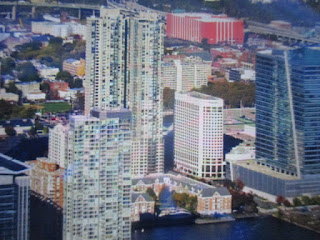 Pianist Claudia Knafo has a large repertoire of romantic piano music on her site here (included is a sonata by Janacek as well as a Liszt transcendental etude as well as the eerie “Dance of the Gnomes” which I remember from my own piano lessons.

Knafo’s story was featured on NBC News tonight on a video story of “surprise” copay medical bills, when she apparently was not properly informed of the coverages before agreeing to an elective procedure.  Lohud, part of USA Today, has details about her story here.

Note: Most of my music review blog articles from now on will appear on a new Wordpress blog; go to my “BillBoushka” blog today for details.

Posted by Bill Boushka at 5:46 PM No comments:

Felix Blumenthal (Ukraine composer) and his B Minor Sonata 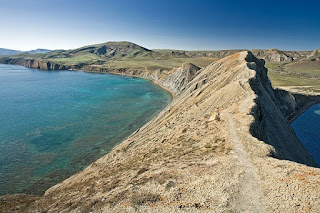 Today, I played the very impressive and stormy Sonata-Fantasy for Piano in B Minor, Op. 36, by Ukrainian composer Felix Blumenfeld (1863-1931).

To be fair, Blumenfeld lived as a “Russian” and grew up during Czarist times, but it seems interesting to take note of his music today since he was born in Kovalevka, now part of the Ukraine, the subject of a lot of international attention (followed up on film) lately because of tragic aggression by Russia.

The work, running 25 minutes, pays reasonable heed to Sonata form so the word “fantasy” in the title seems unnecessary.

The style of the work reminds one of Rachmaninoff (the world of the Third Concerto) with a touch of Scriabin (ranging from the Sonata 5 to the Black Mass).  It is always tonal, but heavily chromatic (like Liszt) with lots of dissonance added (especially sixth and ninth chords). The music ranges from blazing chords to dazzling light passage work. The first movement has a second theme (going from 4/4 to ¾) that is pure Rachmaninoff.  But even the first movement ends in a triumphant B Major.  The second movement offers a lovely lullaby.  The finale has a slow introduction and transition to a “furioso” virtuoso toccata-like theme and will build up to a tremendous chordal conclusion, with some accidentals thrown in as dissonance on top of the final B Major Chord.

Would a young concert pianist who relished big romantic pieces (like Joseph Moog or David Kaplan) take on this work in live performances?

Posted by Bill Boushka at 9:43 AM No comments: