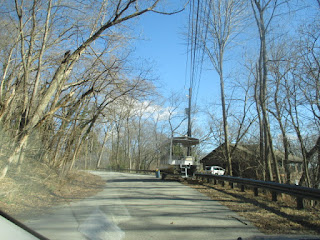 Violinist Tim Fain (Nov. 9, 2015) performs the theme from Schindler’s List (the famous 1993 film by Steven Spielberg, in black and white, which I remember seeing at the Avalon in Washington DC), music by John Williams, well-known British film composer.

Williams does have a violin concerto, which is on a Varese Sarabande CD somewhere – I bought it while living in Dallas(late 1980s)  at the popular Crossroads Market on Cedar Springs.  The music is dissonant, sparing and often atonal, not lush and postromantic like his movie scores.  If you want a real head trip, try Arnold Schoenberg’s Violin Concerto, on Erato, while meditating.

Fain was in the DC-Annapolis-Baltimore area in February, and I regret that I didn’t know about his concert in time. His own website gives three more clips of a private home concert he did for Make Room USA  which addresses the affordable rental housing crisis.

I could not identify all the solo violin music (was it Paganini?  Was some of it Bach?) The concert was in a private home of Tom Wall, who describes his own story with affordable housing, which I’ll let speak for itself. (Yes, things happen beyond our control -- and the last video shows that a cat can be as attentive to watching out for its owner as a dog.) It takes about fifteen minutes to listen to the story, which is quite compelling.

In the Washington DC area, the height restriction (especially within the District itself) tends to increase housing prices by restricting supply.  (The “Libertarian Party” has sometimes made this point.) The First Baptist Church of the City of Washington DC, which I have often written about here, benefits from the very high rent it can get from a new apartment building constructed on its old parking lot – the Dupont Circle and Foggy Bottom areas of Washington essentially can command  “Donald Trump” Manhattan-level rents.   The biggest problem for affordable housing in the whole country seems to be in San Francisco and the Silicon Valley area to the south.

Posted by Bill Boushka at 11:57 AM No comments: 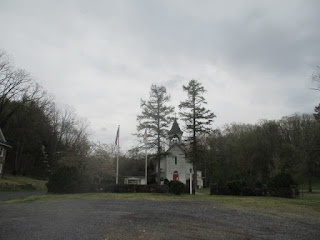 I’ve blogged about the Piano Concerto of Amy Beach on a supplement to an unrelated posting Dec. 3, 2013, as it deserved its own review.

I do have the Chandos CD of the Symphony in E Minor (1894), Op. 32, the “Gaelic”, played by the Detroit Symphony with Naeme Jarvi. The work draws on at least two Irish melodies, and some observers think it is much in the spirit of another Dvorak’s “New World”. The first movement is an “Allegro con fuoco” and dives in immediately with a rapidly quavering, rising motive in the strings.  A motto rhythm appears quickly.  (The Dvorak has a slow introduction, by way of contrast, but a comparably furious main body of music in the first movement.) The music tends to retain a frantic pace throughout and the movement ends rather violently.

The scherzo is an “Alla Sciliana” with a familiar folk theme (on half step up in F Major), and a faster middle section. The folk section does have a “New World” Dvorak stylistic feel.

The slow movement, a Lento, features a violin solo that would almost be appropriate for a violin concerto, based on another folk tune.

The finale, Allegro di molto, works up to a grand climax based on the slow movement theme, ending in the Picardy E Major in grand fashion, with a great deal of harmonic and contrapuntal complexity in the closing pages, before three final crashing chords "FFF".  The opening theme in the finale bears some resemblance to the opening of the Brahms double concerto, but the style is a little closer still to Dvorak than Brahms.

Again, by way of comparison, Dvorak's E Minor Symphony ends with an odd dimenuendo on the very last chord.  I've always wondered why Dvorak wrote it this way.

My own feeling is that the work is a little more “obvious” and doesn’t have quite the subtlety of the Piano Concerto, which on repeated hearings, almost seems like it is another “Brahms concerto” (more Germanic and less Slavic or English influence).  Indeed, Beach seems interest in some of the issues posed by Brahms melodramatic First Piano Concerto in particular, and wants to present similar material with a more nuanced, layered treatment (although, like the Brahms, the long first movement ends with a lot of sudden violence).  The Concerto is obviously very difficult to play technically, and would represent an investment in time or effort for a pianist trying to revive it in concerts.  Here are some comments on the work by Joshua Kosman. It would be interesting for major performances of the work to occur in the US this presidential campaign season with Hillary Clinton running to be the US’s first female president.  Maybe some performances the weekend before the November election?  There are very few comparable big romantic works by female composers (Clara Schumann’s piano concerto seems much less interesting to me.)

I’ll look at some of Beach’s chamber works soon.

Posted by Bill Boushka at 7:47 PM No comments: 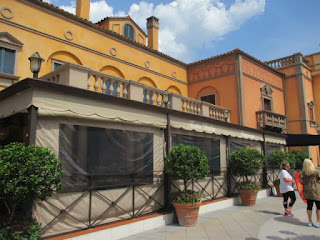 I was not as aware as I should be of Alma Mahler (Gustav Mahler’s beloved wife) as a composer. But there are numerous recordings of some of her songs.  This set on YT (around 1910, shortly before the famous husband’s death), performed by Angelika Kirschlanger (soprano), Helmut Deutsch piano, comprises five songs: ‘The Silent City”; “In my Father’s Garden”; “Balmy Summer Night”; “With You It Is Familiar”; “I Wander Among Flowers”.

Note the hyperchromatic opening of the first song, with a signature of D Minor;  composers could study the structures of the succeeding chords, which almost suggest Scriabin. The second song is the longest, a a rather episodic almost sonata-like movement in A-flat, venturing to many remote keys.

This song builds up to the last three, which are miniatures, in A Major, D Major, and C Major respectively.  All the songs end quietly, as do most art songs.  In general, the composition style, to my ear, somewhat resembles her husband's later works.

I do remember, besides Mahler's "The Song of the Earth", the cycle "Kindertotenlieder", which I had in a Vox Box set with Horenstein for years. My parents thought that the translation of the title "Songs of the Death of Children", was morbid. Post script: Yes, I am enjoying recalling Prince's "Purple Rain" today.  I lived in Minneapolis from 1997-2003 so this strikes closer to past homes.

Posted by Bill Boushka at 6:57 AM No comments: 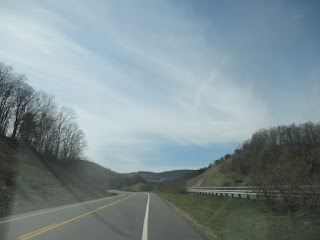 It may be a bit unfair to review a pianist for a concert you didn’t attend – there aren’t enough copies of me to get to everything – so first I’ll direct “you” to a rather critical Washington Post review by Patrick Rucker of a Kennedy Center (Washington DC) solo piano concert by young German pianist Joseph Moog, “The problem with a pianist who plays loudly or softly but not in between”

I’ll come back to this, but first, I looked at some of the music he played.

In fact, let me look first at something he didn’t play, the Piano Sonata #2 in C# Minor by Tchaikovsky. Op. 80, but published posthumously, a conservatory piece. There is a performance on YouTube with Victoria Postnikova .

The music seems inspired by Brahms in spots, with lots of chordal harmonies, not too pianistic, and the first movement winds down, after the second subject went back to major, to a surprisingly quiet ending, hushed, in the original minor. The second movement, in A, is a lovely song without words.
The scherzo sounding more like the mature composer to evolve,  became the scherzo of the Winder Dreams symphony (#1), in the tritonal opposite key of G Minor – and works well in piano solo.  There is a brief Adagio intermezzo, which amounts to another slow movement. Then the finale is somewhat back to Brahms, with some syncopation in the main theme, and a wonderful hymn tune alla breve for a second subject, that will sound familiar (like I’ve heard it in church). The work goes to the enharmonic D-flat to end on the big tune, but there is a suddenly furious outburst, still in major, at the very end.

Moog played the better known Grand Sonata in G, Op. 37, which is the real #2.  I have an old Monotpr recording somewhere of the Richter performance now on YouTube. The overall tone of the work is that of “ballet music” on the piano.  The first movement sounds like a grand polonaise, with only rough adherence to Sonata form (like the finale of the “Polish” symphony).  The slow movement, in e minor, in very triple time, is another song without words and maybe the most popular movement.  The scherzo is in the gratuitous key of 6/16  (why not make it easy with 6/8?) It ends by drifting off in the upper registers, an idea that seems to belong particularly with the tonality of G Major.  The finale brings back a martial, ballet like mood and ends grandly in G.

The Liszt St. Francis Legends (“Talking to the Birds” and “Walking on the Water”), in A and E are familiar to me from my own piano days.  I was able to play #2, which is much more substantial (with an overwhelming ending), when a senior in high school.  The first is much harder, with all the leggerio, and the recitative idea doesn’t work so well for me.  Here is the link for Vasary’s performance, with the sheet music,   I have an Erato recording of an orchestral transcription by James Conlon.

I found a little excerpt of Moog playing the Beethoven Eroica Variations, Op. 35, and cannot necessarily confirm the Post’s criticism.  When I play recordings at home from YouTube or CD’s on my computer, it does seem that on piano, the dynamic range is never as nuanced as it should be.  In fact, I rather like aggressive playing style with romantic works.  For example, David Kaplan proves that when he plays the adaptation of the “David Dances” in concert (April 26, 2015).

I found a lot of short excerpts of Moog on YouTube.  Here he plays a Bach-Busoni chorale.

Posted by Bill Boushka at 12:29 PM No comments: