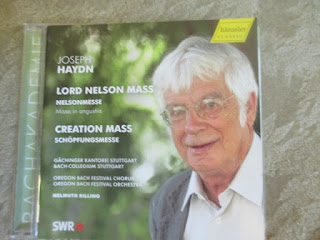 How close does Haydn come to anticipating the sound and feel of Beethoven?

Pretty close, at least, in the late masses, which are viewed as continuations of his symphonic writing.

Each mass has eleven tracks, the Gloria and Credo each occupy three, and Agnus Die taking two, each ending triumphantly and loudly with the Dona nobis pacem.  Masses started ending quietly in the 19th Century.

The D Minor has a little more storm and stress, but it seems to be in major keys more often than minor, with a Gloria theme that is familiar.  The B-flat may have a little more direct anticipation of early Beethoven, especially in the opening. Somehow, by comparison, Mozart’s great Requiem was already forking into a different direction, which might lead to Schubert and Bruckner.

The Creation Mass is a separate work from the Oratorio “The Creation” dating to 1798, which I believe I have somewhere.  But the mass uses a duet from the final duet between Adam and Eve in the oratorio, which created controversy at the time. Empress Maria Theresa ordered Haydn to recompose the passage for her own handwritten copy of the work. Music from the oratorio (and maybe the mass) appears in a scene in the film "Embrace of the Serpent" when the explorer plays it in the jungle on a wind-up record player.

The whole history, when thought about today, could give us pause to think about how modern composers need to earn a living on their commissions, just as they did in the past.  Hadyn had a regular “job” as a composer (for Esterhazy).

Posted by Bill Boushka at 9:55 PM No comments: 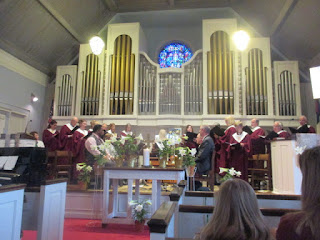 Today, the Trinity Presbyterian Church in Arlington VA opened the main Easter service with a “Sonata da Chiesa #3” (“Church Sonata”) by Brian Joyce (England, I think) for Organ and brass ensemble.  (The title is "Sonata", not "Sinfonia".)   To my ear, it sounded like the key was E-flat.  The first movement is slow (“Christ Jesus Lay in Death’s Strong Bonds”), then the second is agitated after an abrupt key shift (tritone?) “Earth Has Dawned this Day of Days” with heavy pedal use, followed by two more hymn tunes, “Awake , My Heart, with Gladness” and “Good Christians Rejoice and Sing”. The original titles are in German.  The music is festive and somewhat modal and reminds one of Vaughn Williams.  The organist was Carol Feather Martin.  Joyce's Sonata #1 seems a little better known (from Internet searches) than #3.

I was unable to find the composer on YouTube.  Sheet music for the work (Cimarron) can be purchased for $35 here .

There was an anthem “Easter Day” by Gerald Manley Hopkins, and another anthem “I Know that My Redeemer Lives”.  The familiar tune for “Jesus Christ Is Risen Today” from Lyra Davidca was harmonized in a original way with modulations and dissonance.  The music from “Thine Is the Glory” comes from the oratorio “Joshua” by Handel.

Curiously, Mt. Olivet Methodist Church, very near Trinity geographically has a YouTube recording of the Handel.  Mt. Olivet is known for its monthly community assistance program.

Posted by Bill Boushka at 12:20 PM No comments:

Cherry blossoms not quite at peak today; Country and western abounds at the stand on the Tidal Basin 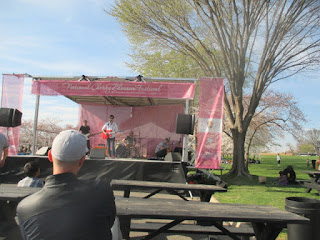 A quick visit to the Cherry Blossoms today, one day before peak, as many of the redder buds were not out. (Oh, they were never in..)

There was a country and western band around 4 PM today, name not given or available online.

The songs seemed to be “I’m not the way I want to be”, “Heartless”, and “Country Song”. 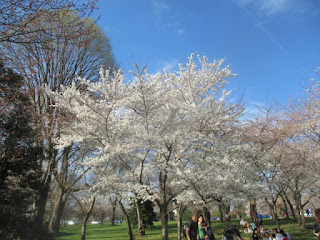 Posted by Bill Boushka at 8:26 PM No comments:

Rolling Stone does a tribute to David Bowie, the Man Who Fell to Earth and walks among us 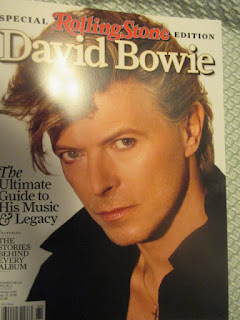 It’s time to do a little tribute to David Bowie.

Rolling Stone is selling a memorabilia booklet (about $12) in supermarket checkouts.  It features many articles, one of the main ones being “How Ziggy Stardust Fell to Earth” (p. 17) with a byline “Adolf Hitler was one of the first rock stars” (p. 27).  There is a one page sidebar describing a meeting with William S. Burroughs (“Naked Lunch”) on p/ 25. Timothy Ferris has a piece “Are you man enough for David Bowie”, even as the book puts Bowie’s thin, absolutely hairless chest on repeated display.

My favorite memory of Bowie is his role as a gentle alien and businessman entrepreneur Thomas Jerome Newton (seeking water for his planet) in “The Man Who Fell to Earth” (1976), directed by Nicholas Roeg, based on the novel by Walter Tevis. Could some like Newton walk among us and none of us (but me) notices?

Posted by Bill Boushka at 8:45 AM No comments: 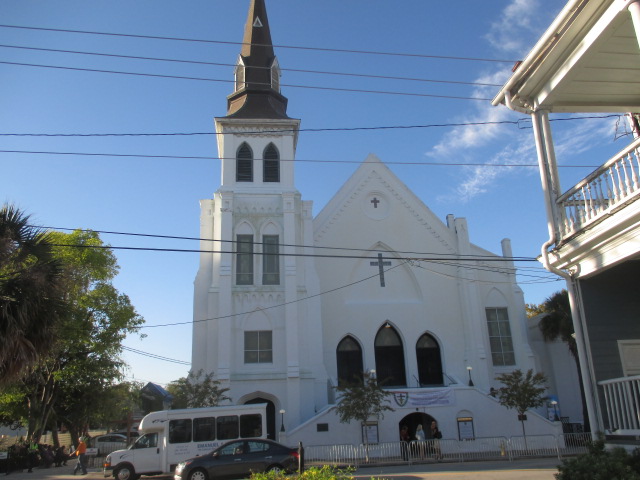 The Symphony #1 in A-flat, Op. 55, completed in 1908 (about the time Mahler was finishing the Symphony of a Thousand) is in a strange key for a mainsteam symphony, as relatively few go beyond three sharps or flats to start.  The performance I have is from Bryden Thomson and the London Philharmonic on Chandos (1986), running 57 minutes, longer than usual but the tempos still sound about right. 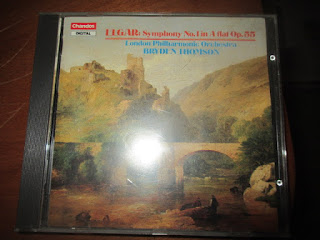 The symphony starts in the tonic key with a famous “noble” theme, treated as if a slow introduction, but an idea that becomes a leitmotif for the whole work, as it will return to conclude the work in triumph. But what is interesting to me is that main “allegro” of the first movement is a triton away, in D Minor (mathematically half-way up the octave). This is very unusual.  But as I have explained elsewhere, I’ve experimented with the same tonal relationship in the Finale of my own third sonata.
Indeed, in the development of the first movement, Elgar intermixes back in the nobility theme (or is it “notability”) with the main allegro, sometimes contrapuntally, sometimes just sequentially. The movement comes to a quiet close in the home A-flat with the original theme.

The slow movement, again with a familiar Brahmsian theme, is in the tritone D Major, as if a protagonist were living a peaceful episode of his adventurous and peripatetic life on an alien planet, in a perpetual twilight zone. There is a hint of late Mahler in the way the movement closes peacefully.

The Finale will start in the enigmatic D Minor, and have to return its light years distant key of A-flat for the triumphant close on the noble theme. It will use a relentless march motive.   Actually though, there are “warpdrive” two routes: D Major-minor, F major (relative) F Minor, A-flat.  Or, D Major, B Minor, B Major, G# Minor, enharmonic to A-flat.

The symphony was used heavily in the background score of the 1984 Warner Brothers film “Greystoke: The Legend of Tarzan, Lord of the Apes”, directed by Hugh Hudson, based on many novels by Edgar Rice Burroughs.

This masterpiece needs to be played more often.

Posted by Bill Boushka at 5:53 PM No comments: