NSO gives a tutorial in Arnold Schoenberg, Richard Strauss ("Zarathustra") with Mozart in the middle 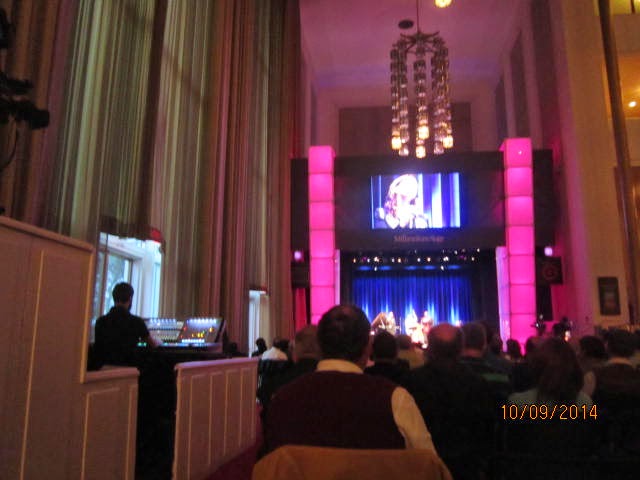 Tonight I attended another NSO concert at the Kennedy Center, mainly attracted to modernism and controversy.

I did catch the pre-show on the Millennium Stage (It’s free!), by the French-American Jazz Exchange. The performers were Emilie Lesbros, soprano, Darius Jones, saxophone, Ches Smith, drums, Pascal Niggenkemper, double bass, and Aruan Ortiz, piano.  The music, while improvised jazz, sounded atonal and expressionistic, especially with the vocal parts, rather like the music of Pierre Boulez.  There was an attitude to the music, like it was a commentary on the rest of the world (like Gerard Grisey, Dec. 9, 2010).

The concert proper  (David Zinman conducting) started with the “appetizer”, or antipasto, the Five Pieces for Orchestra. Op. 16. 1909 and revised in 1949) by Arnold Schoenberg.  That was my reason to come.  Is this a “five movement” 16-minute post-Mahler symphony (or Sinfonietta)?  Alban Berg’s comparable “Three Pieces for Orchestra” would come closer.  There really are five separate sound pieces.  The first, “Premonitions” (“Vorgefuhle”) rather snarls at us from a large orchestra, and seems to achieve atonality without the full discipline of the twelve-tone method to come.  (And there is “a-toe-nality’).  The second, “Things Past” (“Vergamgemes”), creates more of the late-Mahler mood (like the first movement of the ninth) and sometimes has some tonal centers in its hyperchromaticism.  There is a wistfulness in the gentler tempo, the idea that even as a young man you already have memories and losses.  The third piece, “Summer Morning by a Lake: Chord Colors” (“Farben”) is impressionistic, but is not Debussy, or even French, but a bit static.  The fourth, “Peripeteia”, which means reversal of fortune or circumstances (or loss), but also connotes randomness, uncertainty and luck.  The piece is lively, but borders on terror, like for a horror film.  The last, “The Obbligato Recitative”, is pretty much a commentary on all that was before, as the name suggests, ending quietly.  But in my own manuscript for “The Proles” I referred to it as “the Obligatory Recitative”, incorrectly, in a scene after a nuclear holocaust, as if to suggest someone is required to stand up and convert in faith publicly, mainly at gunpoint (as happens now in Syria and Iraq), even as he feels naked, exposed, aging, and even disfigured.  And my 1988 manuscript “Tribunal and Rapture” names the first part, “Peripetia” (the extra “e” is optional) where there is a reversal (the protagonist gets laid off but is invited to a re-education camp), although there was a lot of compulsive activity going on all around him. 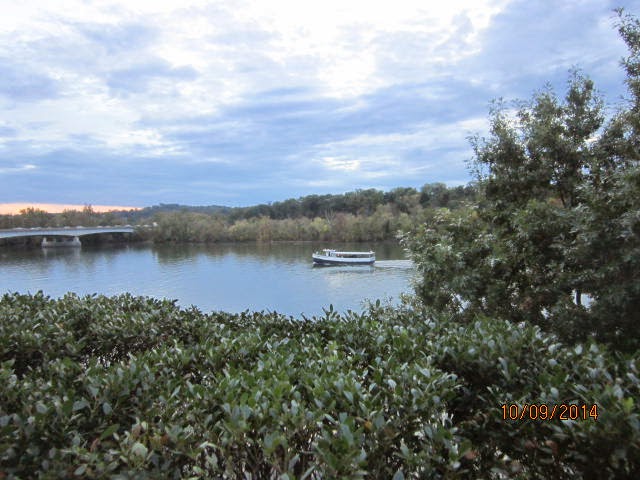 The “main course” (or perhaps, in Emily Post’s old world,  the “fish course”, although it wasn’t “free”) was the Mozart Piano Concerto #22 in E-flat, K. 482 (1785).  The soloist was Canadian-British pianist Angela Hewitt.  I sat up front and noticed some odd facial expressions, and in the first movement, early, she missed one high C.  Her performance was lightweight and deft, but that seems to be particularly the result of this concerto.  The program notes point out that Mozart performed many of his concerti for quick income, while he waited for bigger commissions.  This concerto is one of the longest, at 34 minutes (I think I have it on a Vox-Turnabout record downstairs, one on side, and maybe in a CD set), but also is one of the most conventional and measured – with one caveat.  The first movement has a kind of false maestoso: the opening march theme sounds grand enough but then dissipates.  The second movement is in C minor, and is familiar, but the pathos is less striking than in some other movements, or is that this performance?  The Rondo has an innovation, a slow courtly and graceful middle section.  By luck, I sat by a piano teacher, who came to hear this specific work.  I showed her the links to the “recomposition” of the 26th on my smartphone.  I guess I can spread the word.  The 22nd concerto might benefit even more from some polytonality.
After the intermission, came the real main course, the tone poem (the Sixth) “Thus Spake Zarathustra” (“Also sprach Zarathustra”), Op. 30, by Richard Strauss, composed in 1896.  The notes point out that Zarathustra, or Zoroaster, had inspired the character Sarastro in Mozart’s “The Magic Flute”(May 3).

The famous opening, with the organ and the C-G-C motive became the famous “Sunrise in space” in the movie “2001: A Space Odyssey”.  The rest of the tone poem comprises many sections, following the progress of man through tribal and religious society, based on faith dictated by others (and a hope for the afterlife) to man’s being able to master his own environment, first through science – a section with a massive fugue that comes to a massive conclusion that seems to mark the first half of the piece. The remaining sections head toward a waltz-like section with the solo violin, which oddly represents the apotheosis of Nietzsche’s “Ubermench”, as expressed through dance (maybe on a modern disco floor, even with “dirty dancing”).  Finally, the music retreats, with gongs, into “The Night Wanderer’s Song”, finally ending in a whisper, with the tonalities of B and C simultaneously.  “C” finally wins out, and this isn’t necessarily Love.

Nietzsche, by the way, also authored “The Gay Science”, well known to philosophy majors.  My own attitude of “upward affiliation” led the psychiatrist to mention Nietzsche in their notes about me at NIH in 1962.  Is the “superman” synonymous with John Galt in Ayn Rand’s “Atlas Shrugged”?  I think this is more about a spiritual progression, to use science to really learn how to join the cosmos.
Posted by Bill Boushka at 8:32 PM