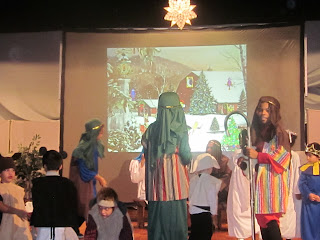 Church Christmas pageants are not Broadway, but they’re still 3-D.  Today, the First Baptist Church of the City of Washington DC presented, after the Sunday brunch, “A Living Christmas Card” as part of the “Family Life Christmas Program”, with murals of the manger, wisemen visit and shepherds, and a trumpet solo “Gesu Bambino” by Pietro A. Yon. 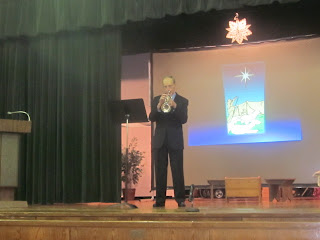 Earlier, in a sermon “The Mountain Climbing Mandate”, pastor Jeffrey Haggray made an allusion to the film “Shame”  (movies, Dec. 3) by mentioning the libertarian concept of “private choices” as often made without empathy or social connection. 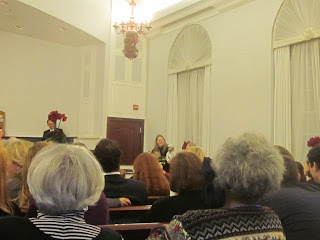 Later today, in Arlington VA, the congregations of the Church of Jesus Christ of Latter Day Saints on 16h St (2nd Ward) and Trinity Presbyterian Church held a joint “The Sounds of Christmas: Carols of the Season”.  There was a puppet show as part of the children’s story. There were two musical items outside the usual Christmas carols:  the Combined Choirs sang “Night of Silence” by Daniel Kantor, and Trinity Tollers played (on bells) the Introduction to “The Ringing in of Christmas” by William Payn. 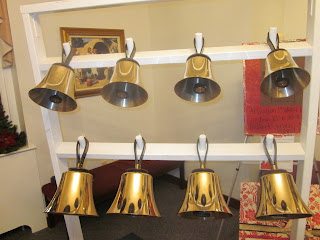 The LDS hymnal does not name music composers of the individual hymns, and many hymns, while familiar, seem to have fewer verses.
Posted by Bill Boushka at 5:46 PM