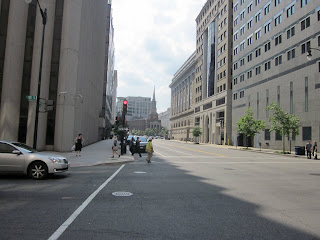 Recently (April 3), I wrote about Leonard Bernstein’s “symphonies”, specifically #2, and I wanted to round that out with some notes about #3, the “Kaddish”.

Back in my college days, I bought the original recording, dating back to 1964, in the Columbia KS series, of the work, issued in memory of JFK.  That recording is on Sony CD now, but in 1978, Bernstein performed, with the Israeli Philharmonic, a slightly shorter (with less unaccompanied speech) revised version, about 40 minutes, which he prefers.

The work is about as close to another “Mahler” symphony, with Boys Choir and vocal soloist, that we have (excluding Hevergal  Brian’s “Gothic”, which is in a more distant style anyway). The seven “movements” are grouped into three sections, with the Kaddish 2, and andante, concluding the second section, with soprano (Montserrat Caballe) definitely echoing the end of “Das Lied von der Erde” (with a pinch of Shostakovich).

Mahler, of course, never had a speaker (Schoenberg would, often enough, with his "sprechstimme"), but the text certainly extends Mahler’s soul searching. Here, the speaker (a woman in the 1963 recording, a man now) questions God’s “bargain” with him, and expects to rise to the level of a god himself. It sounds like “the tree of life”.  The last words are “recreate each other.”

The music has this way of modulating within a melodic fragment and yet always sounding original in effect.  In the end, the music becomes fast and loud, crashing to its end abruptly with accumulating fourths and octaves, recalling Prokofiev.

Not so, however, with the Concerto for Orchestra (1986-1989), on DG with the Israel Philharmonic conducted by Jose Eduardo Chama. The second movement is a long theme and variations that gives the instrument groups a chance to play soloist; but the finale is a quiet meditation with baritone soloist.  This may be the only “Concerto for Orchestra” with voice (however the Busoni piano concerto has a chorus).  Bernstein could have called this a numbered symphony had he wanted to; the same probably holds for his Songfest.


The National Symphony in Washington will present the Kaddish June 2-4, link here.

The Washington Post has a critical prospective article by Stephen Brookes, May 27, "Samuel Pisar's 'Kaddish': A warning to a world out of control", link here. The new performance will have a different narration written and read by Holocaust survivor Samuel Pisar. Leonard Bernstein's own memorial website has an article on it here.

You can watch on YouTube a segmented performance of the Kaddish Symphony conducted by John Axelrod, CLC Productions with the Orchestra of Paris, starting here.  Pisar's text is harrowing. "My life is not my own."  Play it loud. 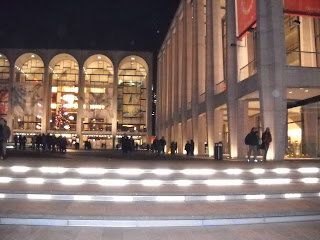 The New York Times has a detailed article discussing the three numbered symphonies, by Anthojy Tommasini, link here.  YouTube videos are embedded.  The Symphony 2 is indeed in C# Minor and the ending does recall Mahler's Third (also Hevergal Brian's Third, in the same key).  The Symphony 3 ends if G Major according to my Casio.  I couldn't find any performances scheduled though by the NYPhil during the celebration period.
Posted by Bill Boushka at 7:19 AM