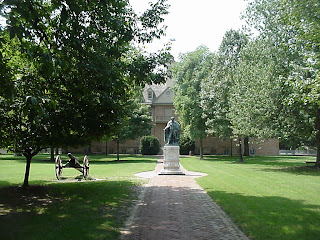 Tuesday, April 6, NBC4 in Washington DC presented a report on a family that says that its daughter was successfully brought out of autism by “Auditory Integration Training” comprising in some part listening to the music of (W.A.) Mozart.  The news story talked about Mozart’s “songs” which sounds like an inappropriate terminology in most cases. The claim was that the wide range of frequencies in the music helped the girl listen to sounds she was hearing.
The story mentioned a more specific type of experiece called "Lollipop Listening Therapy". The website for this treatment seems to be here.
“Auditory Integration Training” has this site. Is the term interchangeable with "Auditory Integration Therapy"?

I recall a friend early in my college years (those lost William and Mary days in 1961) who said that Mozart had composed “the real music” because his music “makes sense”.  There is a certain sense of logic to it that is unique, in almost every symphony, concerto, opera, and the like – which makes the effect, say, of the (catastrophic but major-keyed) ending of “Don Giovanni” or the Requiem so powerful.  Could that be the key to success of the treatment?
One could ask the same thing about Beethoven. What’s the effect of the late quartets, or say the Op. 111 Piano Sonata?
In fact, the mother Sharon Ruben has a book “Awakening Ashley: Mozart Knocks Autism on its Ear”, publisher iUniverse,  Amazon link here.
The NBC-Washington story was not yet available online as of this writing. 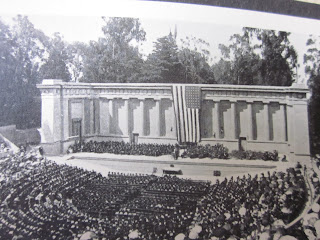 Autism is much more common in males than females.  "Asperger's Syndrome" is considered an autism spectrum "disorder", but in the mildest forms, there's a good question to whether it should be.  "Loners" who maintain a certain social distance sometimes accomplish great things.
While writing this posting, I played the little orchestral suite from Mozart's "Idomeneo", K. 366.  By the K300's. Mozart's mature kind of pathos (as in the E-flat Sinfonia Concertante).  That William and Marry friend gave me an old record of the B-flat Cassation (K 99) and the early D Major Divertimento.  He thought that was part of the "real music".  He also said nobody should play Beethoven until he was 30.
Posted by Bill Boushka at 3:02 PM