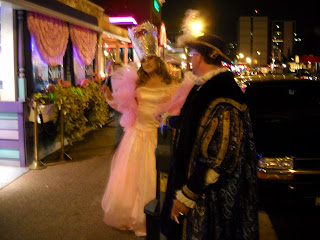 Praises or kudos for many PBS stations that broadcast a Chicago Symphony concert with Pierre Boulez conducting the Symphony #7 by Gustav Mahler, “The Song of the Night”.

The work was obscure until the 1960s, when Leonard Bernstein unearthed it. But the first recording that I played on my VM stereo in the fall of 1962 was Herman Scherchen’s Westminster Recording. I remember being startled by surrounding sounds from the brass opening in B minor, even from a mono record.

The work is curious: two massive outer movements that explore open orchestral textures, sandwiching three inner “night pieces”, which are not like Chopin nocturnes. The first night piece, an Allegretto in C Major, is the most “famous”, having been quoted a few times in Hollywood before the public got to recognize late or middle Mahler.

The first movement opens with the somber introduction and switches to E Minor for a massive sonata allegro, with much of the development in slow tempo, echoing Wagner. But it builds up to a studied climax which is fascinating when played well. And the final Rondo, in C, is probably the longest and most “episodic” symphonic rondo ever written, often building on the descending fourths motive of the first movement. This music is Viennese style and German Romanticism carried to the point of caricature.

The conductor is well known for his own composition in serial or twelve-tone technique, and Boulez’s music (like Pli Selon Pli, or “Fold by Fold”), comes across to many listeners as less emotional and more abstract than the expressionism of Arnold Schoenberg and Alban Berg which, even when atonal, often sounds like an extension of the post romanticism of late Mahler.

The WETA link for the concert is here.