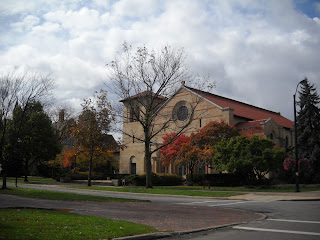 I don’t usually blog about events I missed, but last night 17 year old conductor Ilyich Ravas conducted for the Baltimore Symphony at the Strathmore Center in Bethesda, MD. I was at a Reel Affirmations event in Washington at the time (see movies blog Oct 16). Ravas is officially the Assistant Conductor for the Baltimore-Peabody Symphony Orchestra.

The BSO has a video of an interview with Ravas discussing the program, here.

Ravas discusses the Shostakovich Symphony #1 in F, composed at the age of 18, before the composer felt corrupeted by Soviet political correctness (as in the somewhat hollow but popular 5th). Remember that the scherzo of the work has a piano part, and the work builds to an impassioned close, ending on a single octave. I have Jarvi conducting it on Chandos.

Ravas also explained his life as a student at Peabody. I knew an organ student at Peabody, William C. Evans, back in the late 1960s. I actually took organ from him for a while. He had been organist at the First Baptist Church of the City of Washington DC in 1966-1967.

The concert apparently also featured Beethoven’s Piano Concerto #2 in B-flat (not my favorite – the opening theme sounds perfunctory) with Markus Groh at the piano, the Brahms Academic Festival Overture in C (with its rousing climax reminiscent of the end of the First Symphony) and the Blumine movement left out of Mahler’s First Symphony. Ravas says that the movement had been intended as a symphonic poem. I have a recording by Istvan Fisher that includes the Blumine, and I think the Symphony works much better with the wistful movement included, before the Landler.

Last week I did have the opportunity to wander the campus of Oberlin College, in Oberlin, Ohio, Some of the major music schools in the country: Julliard, Yale, Indiana University, Peabody, Oberlin.

I'll look for his next concert, perhaps in Baltimore. 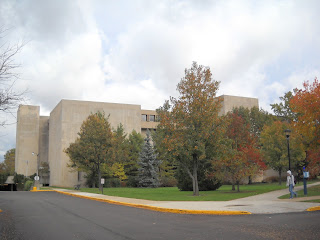