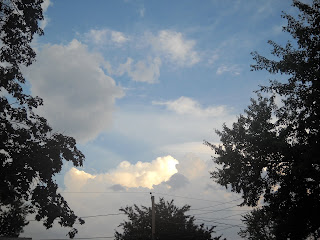 We sometimes have the impression that French romanticism in music is a little less idealistic and more superficial than what we call “German romanticism” or the Viennese post-romantic school (basically inspired by Schubert but running through Mahler, Bruckner and Strauss and leading to early Schoenberg).

The Symphony #2 by Vincent d’Indy, Op 57, written around 1903, slightly over age 50, certainly challenges this impression. I have the Koch recording with James DePriest and the Monte Carlo Philharmonic and an older EMI with the Toulouse Symphony which is not as impressive. The Koch recording has a tone poem "Souvenirs" which has many of the same technical manners but ends quietly and is much less impressive to me.

The symphony, in four conventional movements and running about 45 minutes, seems to have all the mannerisms of impressionism, with the use of the whole tone scale in places, and rich palates, sometimes resembling Ravel a bit. Often there is a ground bass effect, with various winds strings playing fast over top in complex triple meters. But in the finale, the music settles into a grand passacaglia at the end, and builds up to what is an absolutely apocalyptic climax and conclusion. I remember back in the 1980s that the new company Records International remarked about the brazen conclusion of the work. You wonder, why B-flat instead of C.

This work is more subtle than Franck's famous D minor symphony; Chausson's, also in B-flat, makes a good comparison but it dwindles away at the end.

I guess the “first” symphony was really a piano sinfonia concertante, the Symphony on a French Mountain Air, which, if you tune in to the radio in the middle, sounds like a very snazzy piano concerto.

D’Indy’s style is certainly much more “Parisian” than, say, Saint-Saens, whom one really can call the “French Beethoven”.

But a comparison of D’Indy to Debussy is instructive. The other day I played a CD of Debussy’s early Fantasy for Piano and Orchestra, and it reminded me of the Arabesque that I studied when I was taking piano as a teen. The piece seems a bit silly. When I hear “La Mer”, cited as a masterpiece of impressionism, I come away with the “impression” of just that: a picture, without much induced emotion. I had an RCA LP as a teen of Munch’s recording of “Iberia”, and it seemed a little “superficial” to me. I was almost like “pop music.” On the other hand, Debussy’s “Martyrdom of Saint Sebastian" is quite engaging at climactic in a manner like that of d'Indy's work here.

In a few spots, the music of young composer Tudor Dominik Maican seems to seek these kinds of effects (as I have heard it at Dumbarton Concerts) and he titled at least one of his piano pieces in French (go to this NPR web page and note on the left the piano piece, somewhat impressionistic to my ear. "Where the sea meets the sky" has sometimes been used as a euphemism for Fire Island, NY.)

Once we got into 20th century atonality, as conventionally understood, the French Pierre Boulez sounded a lot more radical to my ear than did "Viennese" composers Schoenberg, Berg, or even Webern.
Posted by Bill Boushka at 7:38 PM