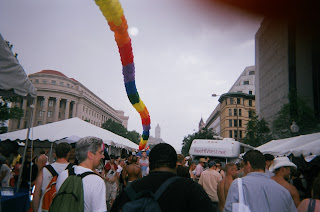 On Wednesday June 16, many PBS stations showed the 160-minute documentary about the Paris opera ballet by Frederick Wiseman, “La Danse: Le ballet de l’Opera de Paris” which covers the rehearsal and even cast selection for seven ballets in Paris. The theatrical distributor is Zipporah (site ). The film is in French with subtitles, but the pronunciation is so clear that the subtitles seem superfluous.

A lot of the music is familiar, including Tchaikovsky (“The Nutcracker” rehearsed to piano, as well as the Pas de Deux to full orchestra) and Berlioz (from the “Romeo and Juliet” slow movement). The choreographed ballets include Wayne McGregor's "Genus," Pierre Lacotte's "Paquita," Rudolf Nureyev's "The Nutcracker. There is some modern music, chamber-like in quality, sometimes polytonal, sometimes with a bit of jazz. There is some music that sounds like Ligeti from 2001.

Most of the practicing is done in the Palais Garnier. This sounds like material that one would find discussed under civilization in a high school French textbook. There is a scene late in the film where the theater is being cleaned and prepared by staff for performance.

From the rehearsal scenes (which go on for a long time) one gets a sense of the athletic demands on the performers; the men generally have body builds about like that of Tom Welling (after all, “Smallville” is essentially ballet sometimes, with a lot of Tchaikovsky in the score).

Personally, I prefer ballet as originally composed (as by Tchaikovsky or Stravinsky; the conclusion of "Firebird" gets played on disco floors). I've never taken to adaptations like "Les Sylphides" (Chopin).

One ballet that I remember from my early days of record collecting was John Antill's "Corroboree" Ballet Suite, based on Australian aboriginee dances, on the old Everest label, actually an industry leader on sound in the late 1950s in the early days of stereo.

I know the film has shown in NY and LA; but I don’t recall seeing the poster at Landmark in DC. Maybe AFI Silver will show it.
Posted by Bill Boushka at 8:48 PM