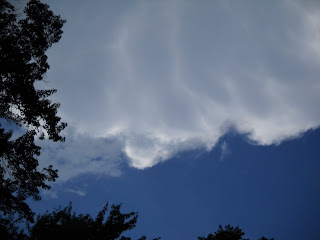 On June 2, Maryland Public Television rebroadcast another concert from the Stanley H. Kaplan Penthouse in New York’s Lincoln Center with violinist Joshua Bell, who looks so youthful at 42.


Bell described how he keeps musical memorabilia and autographs in his New York apartment, as he mentioned his album “At Home with Friends” (still OK if you’re "shy"; you don't even have to be "mighty"). He opened with a transcription of a Dvorak Slavonic Rhapsody with pianist Simon Mulligan. Later, Renee Flemming appeared to sing “Morgan” by Richard Strauss. But the “treat” seemed to be Frankie Moreno – a pianist whom Bell said he had first heard at the Golden Nugget – doing the Beatles song “Eleanor Rigsby” in an arrangement that mixed in both jazz and rock.

He later performed a movement from a Grieg violin Sonata (with Mulligan) after making a weird allusion to the reincarnation of Rachmaninoff in piano rolls.

Bell performed the Pablo Sarsate Tarantella that I recall from an old RCA Victor sampler record from the 1950s.

Then folk-songer-pianist Regina Spektor performed with Bell. The album will contain her “Meatball Song” aka “The Left Hang Song” aka “A Lesson in How Fleeing Preservation Is”; this Music Mix story (from Entertainment Weekly) has a rather athletic ("might"??) picture of the two.

The concert was lightweight with many varied items, but tended not to leave an impression as a cohesive “artistic statement”, compared to many other materials that I have covered lately.

The show was interrupted by PBS appeals for funds. Bell’s playing at a Washington DC Metro station incognito in 2007 was mentioned; few people recognized him.
Posted by Bill Boushka at 6:57 PM