More on Johnann Wilhelm Wilms; not quite another Beethoven! 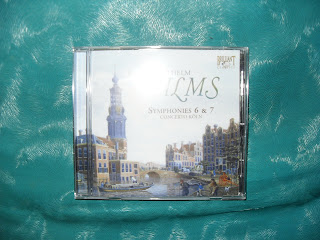 While I won’t review every one of my classical CD’s (they go back to 1985, with the first being “Also sprach Zarathustra”, Richard Strauss and Maazel, on London), I was pleased that Amazon (even despite the blizzard) shipped early the budget-priced “Brilliant Classics” CD of the Symphonies 6 and 7 by Johann Wilhelm Wilms. The Concerto Koln (Cologne Concert Orchestra) is conducted by Werner Ehrhardt, and the sound is a bit Norrington-like. Tempos tend to be a bit brisk.

The Sixth in D minor has opus number 58, and was published in 1823. In D Minor, the last movement of the work has a lilting fugato theme (Rondo: Allegro molto) that will sound “familiar” immediately. How many obscure works find their way into Hollywood scores? Maybe this is another one. But it’s Symphony #7 that is supposed to be Wilms’s answer to the bridge between classicism and Romanticism. In C Minor, it opens, after a slow introduction, with a complicated exposition which is repeated, but then the development (starting out in major), recapitulation and coda telescope into one massive thrust. The slow movement has a suspiciously familiar Schubert-like theme in triple time. The Finale returns to triumphant C Major and echoes the mood of Beethoven’s Leonore Overture music.

When I ordered the CD, I thought, “good”, two “Beethoven-like” symphonies in minor keys (the same as used by Beethoven). But Wilms #7 is still no Beethoven 5th.
Posted by Bill Boushka at 7:08 AM No comments:

Jeff Wayne's "War of the Worlds Live" highlights on MPT 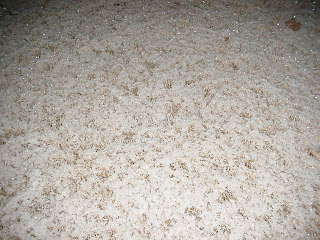 Maryland Public Television aired highlights of a production of Jeff Wayne’s “War of the Worlds Live” (1978), a kind of operetta with the10-piece Black Smoke Band and 36-piece ULLAdubULLA Strings. A holographic image of Richard Burton hangs over the stage, narrating the invasion of Martians. The main website is this. The moog-like music is somewhat repetitive, mostly in minor keys or modes. (The opening motto – “The Eve of the War” -- sounds like two quick d-minor chords, followed by the dominant, which is repeated as two chords to come back down to the tonic, with a pedal point for tension.) Murals of artists’ renditions of the landings appear behind the singers.

Of course, the journalistic style of the H.G. Wells novel lent itself to the public panic that ensued with Orson Welles’s Oct. 30 1938 radio broadcast on CBS. Radio in that day could have an effect on the public analogous to the Internet today. A roughly similar incident happened in 2005 when I was substitute teaching when a screenplay that I had written and posted on my website as taken as “possible future truth”.

Performers include Jeff Wayne, Chris Thompson and Justin Hayward. The performance was recorded at the London Wembley Arena.

The production is quite popular in Europe as well as the UK, but has never caught on in the US. Songs include “Forever autumn.”

The broadcast was punctuated by many funding appeals. 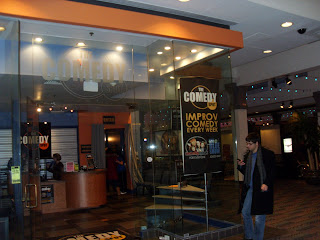 Getting into DC was going to be pretty tough with the ice, wind, and truncated Metro schedule tonight after the storm, so I dropped in on Arlington’s “The Comedy Spot”, the Blue Show, at 10 PM tonight in the Ballston Common.

The blue auditorium was pretty full, mostly young adults, probably a lot living in nearby condos, as it is still hard to get around tonight), and the five or six skits invited minimal audience participation. Generally, the performers would ad lib on phrases or suggestions from the audience. One ad lib (with three “volunteers” who escaped pretty much unscathed – no manning the locker room or the deep end of the pool here) took off on a hypothetical horror movie “Terror in the Woods” (a title from the back), and the plot more or less went like “Timber Falls”. The skit ended with an exculpatory reference to "don't ask don't tell", now doomed in real politics, which I appreciated. Then “she” asked for a title of an unmade hypothetical foreign film, with the ad-libbers talking in something like Esperanto, or maybe the language of Middle Earth (it sounded rather like baby babble). I threw out the name of my unpublished novel “Tribunal and Rapture” (aka “Brothers”) and she got some of it right. Angels haul in people for the rapture (more or less right), then pick out animals to sacrifice (that doesn’t happen) and then people to have their identities contracted (that does happen). Maybe she has seen these blogs and the name clicked.

Later there was a skit on extreme sports, including the luge.

Yup, the language was rather R-rated. The show lasted slightly longer than one hour.

The link is here.

The Comedy Spot is located near the Regal Cinema complex on the Third Level of the Ballston Common in Arlington VA.

I had a friend in Minneapolis who worked in the coffee business on the Skyway but who loved to do standup comedy. His favorite line was "stay out of jai." Or, "stay out of the penitentiary" in St. Cloud.
Posted by Bill Boushka at 9:08 PM No comments:

In Performance at the White House 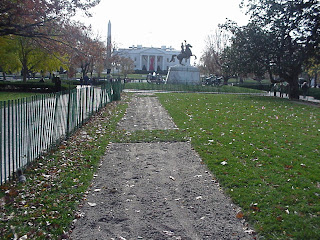 “In Performance at the White House: A Celebration of Music from the Civil Rights Movement” was a one hour celebration concert in the East Wing of the White House Thursday Feb. 11, one day before Lincoln’s Birthday, carried on PBS station WETA. The link with preview video is (web url) here.

Obama congratulated everyone for “braving the storm” (the DC blizzards).

The music included the spirituals “How Great Thou Art”, “We Shall Overcome”, “Let Nobody Turn Me Down” (“let no injunction turn me down”).

Morgan Freeman told the story of approaching a lunch counter and his mother telling him he couldn’t sit there. He bore no resentment, but he didn’t understand why.

Mellencamp told of his first observation of segregation at age 14 in 1966.
Posted by Bill Boushka at 7:03 PM No comments: 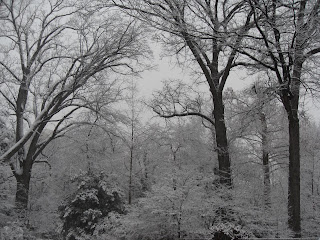 The other day, WETA in Washington broadcast the Symphony #1 in C by Muzio Clementi from a CD called “contemporaries of Mozart”, which I could not find on Amazon. But I did find a 3-CD set on the Stemra-Brilliant Classics label (link) of all the published orchestra works, including the four “big” symphonies (C, D, G “The Great National”, D) and the two little symphontinas from Op 18, as well as the Piano Concerto in C (that has appeared before on Vox/Turnabout) with Pietro Spada, piano; the Philharmonia Orchestra of London is conducted by Francesco D’Avalos (the recording dates to 1992). The slow movement of the G Major has the “My Country “Tis of Thee” theme. Amazon sells the entire set for $16.95, so it is a bargain.

The music listener can look up Wiliam Youngren’s May 1996 Atlantic article, “Finisher symphonies: Clementi’s neglected orchestral musicis far better than his neglected reputation suggests”, link here. Clementi was a music publisher also; but with his own works he behaved like a blogger, constantly revising them, so it is difficult to determine definitive editions.

As with Wilms, the style of the music straddles later Haydn and early Beethoven, with some harmonic mannerisms from Beethoven’s early period (and a tendency for martial slow movements, sometimes with well known anthem themes), but with perhaps more exuberance and less subtlety. Clementi knows how to use dissonance to sustain tension, however, and in that respects foreshadows Beethoven and Schubert. Is his harmonic technique absolutely correct enough to sustain repeated hearings, as with the later masters? Clementi also uses a lot of counterpoint, and sometimes unusual tonality schemes in his sonata forms.

CD-1 has the two perfunctory Op 18 symphonies, and mistakenly says that both "symphonies" are in B-flat. The second is in D, which is correctly state on the CD box.
Posted by Bill Boushka at 1:51 PM No comments: