Richard Strauss: Capriccio: meta-opera and "a conversation piece for music" 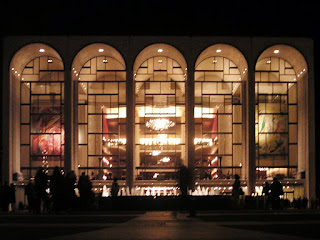 It’s common in AP and college English classes to give students (especially on ETS exams) questions on analyzing literature for “what it is”, so it seems curious to find that somebody wrote an opera that does that. This is Richard Strauss and his last opera “Capriccio”, staged first in Munich in 1942, before the consequences of war would come down on the German people – and Paris, where the opera seems to happen, was under occupation. The DVD from TDK (2004) tells us that – and I wonder at the outset why a 2-1/2 hour opera required 2 DVD’s.

Strauss called the opera “A Conversation Piece for Music” and perhaps it is the most layered opera ever written, something like the operatic equivalent of the 2001 film “Adaptation”. Strauss and the original conductor Clemens Kruass wrote the libretto, again unusual in opera.

The music carries some nostalgia but doesn’t seem as challenging as Strauss’s earlier operas (“Elektra” is confrontational). The sextet in the opening seems to echo the mood of “Metamorphesen” and the music only gradually thickens toward the staged opera scene toward the end. The gentle ending contains some bizarre harmonic progressions not in the books.

The “plot” is familiar enough, or maybe not: a countess (Rene Flemming) and her brother can compare suitors. But the countess herself has two suitors, to pose the Wordsworth-like question: which comes first” music, or words. Reiner Traut plays Flamand, the composer, and Gerald Finley is Olivier, the poet. The two must cooperate to create a new
“opera within the opera”

When I came into listening to classical music in the 1950s, the opera was still relatively recent, and a bit of a mystery in those days, sometimes too nebulous to ears conditioned by the vigor of the younger Strauss’s tone poems and operas.

The “Free Library” has a brief summary of the cast of the performance. Capriccio; Left to right: Gerald Finley (Olivier), Rainer Trost (Flamand) and Renee Fleming (the Countess) in the Paris Opera production.