Larry Kramer's "The Normal Heart " and "The Destiny of Me" (from Grove Press, of course!) 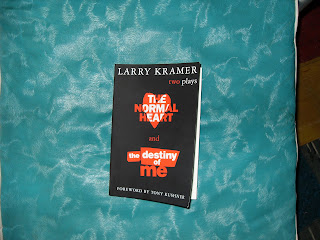 I don’t find a DVD of any of Larry Kramer’s AIDS-related plays on Netflix, but Grove Press (of course!) offers a paperback volume of “The Normal Heart” and the sequel “The Destiny of Me”, ISBN 0-8021-3692-3. (Grove was right down 11th Street from the Cast Iron Building when I lived in that building from 1974-1978.)

“The Normal Heart” was performed first on April 21, 1985 at the Public Theater in New York City, as part of the New York Shakespeare Festival Production, and was directed by Michael Lindsay-Hogg. Brad Davis plays the main protagonist, Ned Weeks.

The actual play, in two acts. takes place from 1981-1984, runs 106 pages, and reads quickly. Ned Weeks, who is a protagonist surrogate of Larry Kramer himself, helps found “the organization: which is really the Gay Men’s Health Crisis, but is eventually expelled from his own organization. In the last scene he has a commitment ceremony (long before the gay marriage debate blossomed) with Felix, who then passes away.

The passages in the play describe the rapid progress of the epidemic in the early days, when the number of reported cases doubled every six months, with geometric spread. The play mentions The New York Native, the loud weekly newspaper edited by Charles Ortleb, which I subscribed to by mail even though I lived in Dallas. All the usual political debates occur, including the need to fend off the religious right. The seeming lack of sympathy from the Reagan administration and sometimes the mainstream press is well covered, as are some of the conspiracy theories that Ortleb often published in the Native. I thought Ortleb was a bit crazy, but his researcher friend John Beldakas said, “he has a right to be crazy.” I actually visited the premises of the Native in February 1986.

I also remember my experiences as an assistant “buddy” with the Oak Lawn Counseling Center in Dallas. The disease went through the Dallas community in 1985 and 1986 like a tornado. Men would come back from hospital stays for pneumocystis pneumonia, “robust enough” at first, but with their forearms shaved from wrist to elbow for multiple iv’s. Sometimes one saw the dark purple skin masses (often just under the skin) of Kaposi’s sarcoma – and this became much less common as the epidemic wore on. (Some early cases were quite brutal, as on Geraldo Rivera's May, 1983 ABC 20-20 report; at one point, a tabloid wrote "AIDS eats its victims." KS is also covered in the play. Of course, we know the story of the discovery of HTLV-III which would soon be called HIV-1, and the also correlating discover that KS was probably related to the activation of a specific herpes virus (HHV-6) which could become carcinogenic in an immunosuppressed person.

The second play, in three acts, runs in 1992, and actually opened in October 1992 at the Lucille Lortel Theater in New York. Ned picks up at that time, as he participates in research for a cure, where again all kinds of political and social objections surface. In this play, the values of the heterosexual world are expressed more directly, as in one scene where intercourse and procreation are explained to a child.

The printed version has a 25-page introduction (dating from 2000) by Tony Kushner (“Angels in America: A Gay Fantasia on National Themes”, a play which became an HBO television series and is available as 2 DVD’s; also an opera by Composer Peter Eötvös). Kushner bashes the gay right (whether it calls itself “conservative” like Gay Patriot or libertarian, like GLIL, or both, as in my DADT books – he think’s it’s neither – rather like the second reviewer of my first “Do Ask Do Tell” book on Amazon). He writes “with ‘personal responsibility’ as their battle cry, the gay and lesbian right seeks to remove homosexual enfranchisement from its place as a chapter in the book of liberation and paste it squarely in the book of the irresistible rise of entrepreneurial individualism.” He then goes on to compare the “gay right” notion of “personal responsibility” with Larry Kramer’s, which is still more a collective idea, comparable to a reaction to the Holocaust; Kramer says “we must save ourselves.” That’s an idea that Christianity (Rick Warren style) supposedly rejects, that anyone can save himself. Yet, at a deeper level, perhaps Judeo-Christian tradition demands it.

"By the way", my own first experience with New York theater was on a college weekend trip in 1964, when I went to the Circle in the Square when it was in Greenwich Village (those were the bad days, of the New York World’s Fair, when bars were closed down) and saw "The Trojan Women" (Euripides) as I best recall. 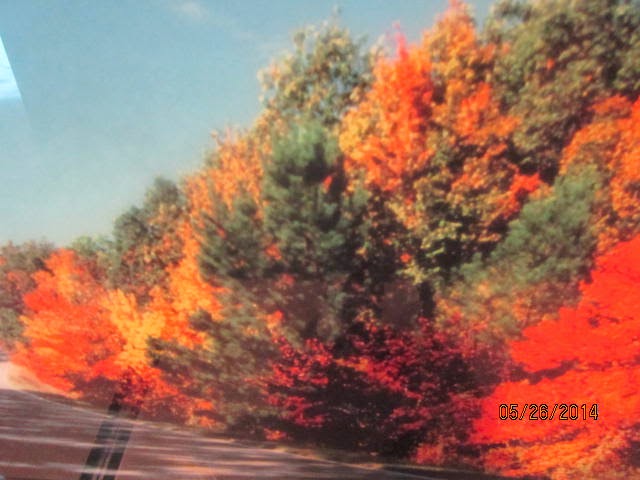 HBO has a new film of "The Normal Heart" by Ryan Murphy (135 minutes).  Due to travel and misreading of schedules, I saw only the conclusion. I will review in full after a rebroacast, DVD,, or availability on HBO GO.  Mark Ruffalo is Ned Weeks.  There is mention of Alan Turing's winning WWII, and the closing credits note that Ronald Reagan never mentioned AIDS until Sept. 17, 1985, and actually cut the budget for AIDS funding ion 1986.  The film shows various angry demonstrations.  The credits also say that 36 million people have died of HIV disease worldwide.
Posted by Bill Boushka at 5:16 PM