Emily Bear, 7, performs her own compositions on ABC GMA 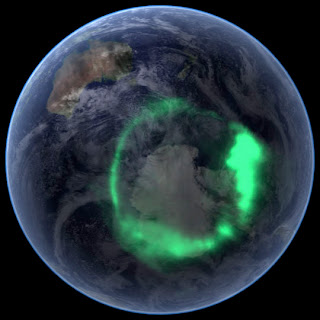 Since I mention young composers here, I thought I would pass along that 7 year old Emily Bear performed on ABC “Good Morning America” today. She performed two of her own compositions, one of them called “Northern Lights” (somewhat Debusssy-like, reminding me of the famous Arabesque, which I learned in ninth grade), and another named after the show. Anchor Chris Cuomo introduced her.

She has a major website here. The CD is called "Once Upon a Wish."

The ABC story and video is not there yet, but I presume it will be posted some time on Monday June 15. Update (7 PM EDT): The video is there now under a general link here; look under "Recently on GMA" and use the frame scroll bar. I don't know if ABC will make it available permanently. However ABC has another video link called "Chat with a Piano Prodigy" (between Cuomo and Emily) here. Both videos require watching an ad (in one case, from the Cleveland Clinic!)

The name "Northern Lights" was used by Estonian composer Eduard Tubin, for his post-romantic to modern and rather dramatic Piano Sonata #2 (link) Actually, it should be #3 because the D Minor Beethoven-like "Sonatina" is really a full-blown Sonata itself. The works are available from Swedish record company BIS on CD 414-416 (3 set) with pianist Vardo Rumessen. I have to say that the last Tubin Sonata would make a perfect fit for the performance style of Timothy Andres (May 14 review here). 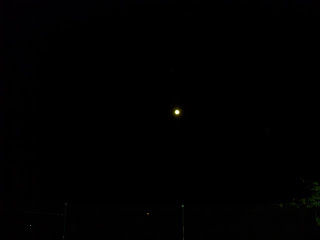 Posted by Bill Boushka at 6:06 AM No comments:

"Through a Glass, Darkly" presented by Gay Men's Chorus of Washington 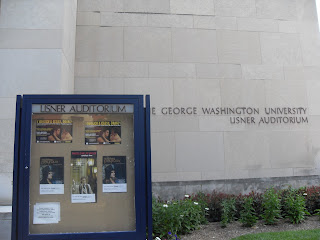 The Gay Men’s Chorus of Washington DC performed its annual Pride Concert this weekend, Saturday night and Sunday afternoon (June 8 and 9, 2009) in Lisner Auditorium of the George Washington University.

The portion of the concert, called "Friends", before the intermission was brief (35 minutes). There were nine songs: “Friendship” (Richardson), “Will You?” (Frankel, Korie, Richardson), “I Will Never Be the Same” (Melissa Etheridge, with the Rock Creek Singers and soloist Michael Fratz0, “Trust the Wind” (David Friedman, with soloist Jeff Mace), “Look In My Eyes” (Carnelia), Sara Lee (Kander & Ebb, with Potomac Fever and Justin Zimmerman, with a nice marquee from the food company), “Help Is on the Way”, (Friedman), “Lifelong Friend” (Gaspard and Dawson with soloist Colin James) and “We Can Be Kind”, David Friedman with soloist Stuart Goldstone, with a peace and anti-war and free love message.

After the Intermission there followed the featured work, a 45 minute rock opera by Michael Shaieb, “Through a Glass, Darkly” special WGMC (website). Sebastian is played by Tim Tourbin, Billy by Peelee Clark, and Zack by Justin Bank, along with the full chorus.

The musical is about the misuse of crystal methamphetamines in the gay male community. The sixth (of thirteen) numbers is called “Making It” and features props like a huge bottle of Sudafed that show how crystal meth is made, and makes light of the idea that this activity is an entrepreneurial, home-based “business”.

The “anamorphic stage” with the chorus in the middle, and the two small apartments on each end create a split screen effect, but also the effect of a 3-D, full wide-screen movie. The characters interact with some intimacy in the apartments (more or less in PG-13 range).

It's well to remember that opera tends to deal with controversial issues of a time (for example, "Doctor Atomic" reviewed November 8 2008); sometimes the subject matter seems taboo to some audiences. That was true in earlier generations; for example, Richard Strauss's "Salome" and "Elektra" were sometimes considered immoral in their day. 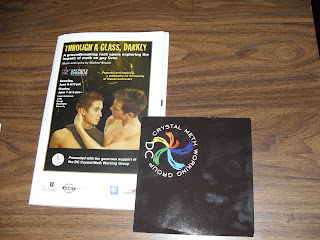 Note: The Tony Awards are airing on CBS tonight, link here.
Posted by Bill Boushka at 4:34 PM No comments: 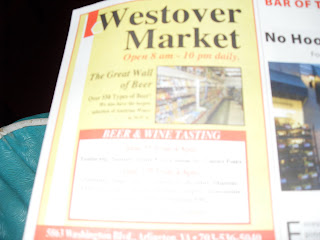 The event attracted a fair crowd. 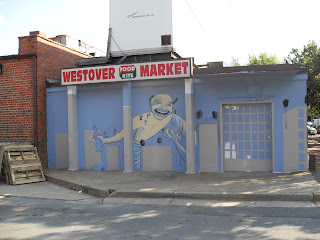 The Market has built a small area outside the store for small jazz ensembles to play at times. 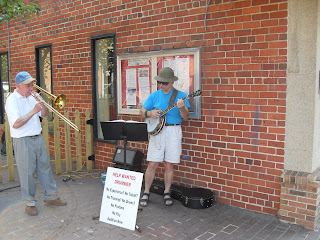 Posted by Bill Boushka at 3:58 PM No comments: 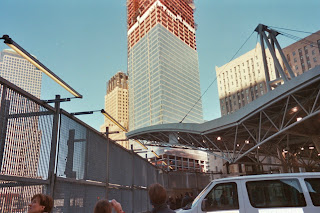 Daniel J. Wakin has an article about classical music on the West Bank in the June 1, 2009 “The Arts” section of the New York Times. The print version calls the article “Minuets, Sonatas and Politics on the West Bank” and the online version, somewhat different, is called “Amid West Bank’s Turmoil, the Pull of Strings,” link here. It may require registration to view.

The story talks about a young flutist, Dalia, and teacher and musician Emmanuel Pahud. The story also discusses a foundation by Daniel Barenboim, the Barenboim-Said Foundation, link here.
Posted by Bill Boushka at 5:56 AM No comments: 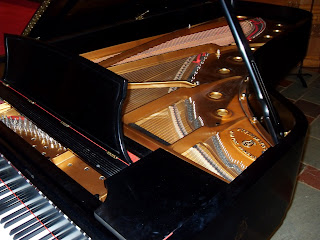 On Sunday, May 31, 2009 the First Baptist Church of the City of Washington DC held a concert of “Six Glorious Soloists”.

Gregory Lowery started the concert with “The Vagabond”, by Ralph Vaughn Williams, a song at anticipates the Brahmsian “Toward the Unknown Region”. Later he performed “Some Enchanted Evening” from the Rodgers and Hammerstein musical “South Pacific”. I remember, as a boy, particularly the words, “who can explain it?”.

Jennifer Matthews a song from “Das Knaben Wunderhorn,” by Gustav Mahler, “Wo die schonen Trumpeten blasen” (“Where the beautiful trumpets blow”), where a young man says good bye to his lover and promises faithfulness and a reunion. This was the longest item on the concert, and it seems to vacillate between E minor and E-flat major. Mahler, whatever his artistic eccentricities, was a devoted husband to Alma. It’s interesting to me that I found so much emotion in music like this but did not relate to the social expectations that it described. Later Jennifer sung “Voi che sapete” (“You who know”) from Mozart’s “The Marriage of Figaro.” She joined Deborah Miller with “Si! Fuggire” from Bellini’s “I Capuketi e I Montecchi” as a female couple emulating the love between Romeo and Juliet. Draw what political conclusions you like. Deborah Miller also performed “Notre Amour” (“Our Love”) by Gabriel Faure, and “Sola, perduta, abbandonatta” (“Alone, lost, abandoned”) from Puccini’s Manon Lescaut. Miller also closed the concert with “Art Is Calling for Me” from Victor Herbert’s “The Enchantress”.

Kevin Thompson sang “Si tra I ceppi” from Berenice by Handel, and then the wild “Ecco Il mondo” (“Hate the World”) from Boito’s Mefistofele, where the protagonist holds a globe of the world and shows his contempt for it. He would also sing “Ol’ Man River” from Rodgers and Hammerstein’s “Showboat”.

Aurelio Dominguez sang “Fra poco a me ricovero” from “Lucia di Lammermoore” by Donizetti, and the famous “La donna e mobile” (“Women are fickle”) by Rigoletto. I recall listening to that aria on old 78’s at Wednesday afternoon music classes back in the 1950s when I took piano, and I agreed with the meaning of the text.

Issachah Savage sang “O Paradis” from Meyerbeer’s “L’Africaine” and “This Is the Moment” from Frank Wildhorn’s “Jekyll and Hyde” (note the review of "The Civil War" in April 2009 on this blog).

The first piece was the Chopin Nocturne in F, Op. 25, #1, which I remember from piano myself. It also seemed a bit too sentimental, and with some awkward harmonies, although the middle section rocks. Then he played the Nocturne in D-flat, Op. 26, #2, which was on Istomin’s Columbia recording from the late 1950s, which I had then and sometimes played that summer after my high school graduation when I had friends over for chess. It’s funny how one remembers things like that. He also performed the Lizst transcription of Robert Scumann’s Widmung, which becomes a romantic fantasy.
Posted by Bill Boushka at 6:34 AM No comments: