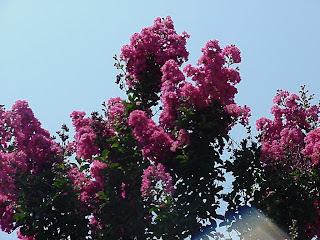 Tonight, Bob Simon of CBS "60 Minutes" did a report on Venezuela’s music education program. The segment was called (“The System”) “El Sistema: Changing Lives Through Music”, link here. The original broadcast had occurred in April 2008 and was updated in July.

The Venezuelan government has reportedly educated 800,000 youth in music over thirty years. Lessons start as early as age 2, and by age 4 many children can play an instrument. The broadcast showed segments of performances from the Simon Bolivar National Youth Orchestra, picked from young musicians around the country, performing the climactic passage from the finale of Bela Bartok’s "Concerto for Orchestra", a passage from a Berlioz overture, a passage from Richard Strauss’s tone poem "Don Juan", and the opening passages of Beethoven’s Ninth. The broadcast went into the barrios built in ravines outside the Caracas city center, and showed one girl playing Bach on a violin as she walked down a capillary alley. The experience shows that music education provides vulnerable children with something constructive to anchor their lives to.

Young maestro Gustavo Dudamel often conducts the national orchestra. He was reported on Feb 17 on “60 Minutes”, and discussed in a report on this blog dated Jan. 13, 2008 (toward the end of the posting).

Venezuela has become controversial because of the socialist government of Hugo Chavez, and the dispute over nationalization of oil resources.
Posted by Bill Boushka at 5:10 PM 1 comment:

A Russian Fourth on a (rainy) Mall? 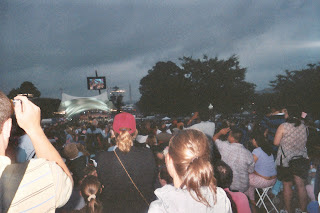 I had to double up to see the Fourth Concert on the Mall this year and “cheat”, using the WETA rebroadcast at 9:30. (I got invited to supper by school alumni, and saw some illegal fireworks in apartment complex parking lots driving home.) The program appears halfway down this webpage: Early, Taylor Hicks from American Idol sung (sorry, no Ryan Seacrest). It looks like the DC area was sandwiched between masses of rain along a stationary front. It was clear out around Fairfax City, and raining closer to the City.

But something struck me about the climax, the cannons and fireworks display. Erich Kunzel conducted the recapitulation and coda from Tchaikovky’s 1812 Overture, with the National Symphony chorus singing a Czarist Russian anthem. (for example, look here. http://www.hymn.ru/god-save-in-tchaikovsky/index-en.html ) It struck me as odd in a US patriotic celebration.

Furthermore, the music should have justice done, even an old warhorse like this. The Overture Solonnelle 1812 in E-flat, Op. 49 really works much better when played in completion, with the tremendous climaxes and cannon shots coming together during recapitulation. But that leaves less time for the “pops.”

I think one year the Symphony played the Danish Anthem Overture. One year I think the Shostakovich Festival overture was played, also.

As for Russian choral music, I remember the big chorus from Boris Goudonov playing on an old Melodiya recording in my New York apartment one time in the 1970s, during an event of some personal importance. Somehow, the use of the chorus in the 1812 last night brought that memory to mind.

Picture: Clay Aiken ("Learning to Sing") performed at the 2004 concert.
Posted by Bill Boushka at 2:25 PM No comments:

Berstein's Candide and other works: eclectic mixture of styles 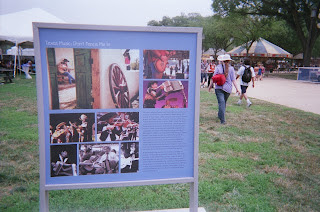 Back in March 1996, I “journeyed” to the old Washington waterfront and saw Leonard Bernstein’s “operetta” Candide, in the old, somewhat smallish Arena Stage, as it had been as far back as the 50s, in the days of what the Washington Post used to call “City Life.” This performance, I believe, was the older, “lighter” version that comes across as a bit of light satire, opera buffet and bel canto. The opera / operetta is based on the well known Voltaire satire, with libretto and book from Lillian Hellman, Richard Wilbur and others. (I found the Arena Stage's history of performances for that year here.)

In fact, that version was the only one available in the early days of CD. While still in Dallas, I got the New World Records performance from 1982 from the New York City Opera. (Yahoo! offers a re-release here.) But in 1989, Bernstein expanded the work into “grand opera,” adding songs and making the orchestration more expansive and “symphonic.” What results is an odd mixture of styles. It starts with the same comic overture, but the music gets progressively more serious and now the closing “Garden Grow” chorus (even with the a cappella passage) turns into majestic coda, almost evoking the ending of Mahler’s 2nd or 8th symphonies. He plays some tricks in the composition, suddenly modulating to the open key of C Major, and punctuating his progress with the phrase “any questions?” before the final massed orchestra chords. The definitive CD now has Bernstein conducting the London Symphony and Chorus (forces usually appropriate for large romantic works) on DG, dated 1991. Wikipedia has a list of the contents of the latest version in a detailed article.

Bernstein takes the climax of the opera slowly, and later in his career, he showed a preference for Klemperer-like tempos in many works. Try, for example, his recordings of the Brahms Second or Third symphonies. Of course, we properly credit Bernstein for awakening public interest in many of the previously little performed works of Mahler in the 1960s, and in other post-romantics like Carl Nielsen.

Bernstein loved to mix styles in his three symphonies. In #1 (Jeremiah) and #3 (Kaddish) he echoed the use of song and chorus into the symphonic form in a manner of Mahler. The Third is more effective in the earlier 1962 version, which Columbia records issued as a memorial to John F. Kennedy in 1963 on a special edition. Bernstein, reversing his artistry from Candide, compressed the work some for his subsequent recording on DG with the Israel Philharmonic. The work includes some “Sprechstimme” where the speaker questions a God (“your bargain is tin”) who seems to demand so much self-effacement and loss of personal sovereignty as a requirement for any kind of salvation, which is not exactly the same thing as atonement. The slow movement includes a song that recalls the Mahler of “Das Lied von der Erde.” The finale has an exciting choral fugue (maybe reminding one of Verdi’s “Falstaff”).

The Second Symphony, “Age of Anxiety” is for piano and orchestra, but rather echoes the idea of Brahms – a composition that is more a symphony with piano obbligato that a concerto. The music is lush, even in the second movement where Bernstein makes some rather obvious references to the operatic world of Alban Berg. The finale goes for majesty and grandeur rather than virtuosity, with the closing chordal passage recalling Copland’s Third Symphony.

I thought I would mention another late romantic work somewhere: Max Reger’s “Sinfonietta” in A Major, which is a full-blown late romantic symphony of over 50 minutes with a crunching scherzo that plays in the head and that I think has appeared in the movies a couple of times. The scherzo will sound familiar, even if the work is obscure. The main recording now is conducted by Bongartz with the Dresden Philharmonic on Berlin Classics. This amazon UK link allows the visitor to sample some excerpts.
Posted by Bill Boushka at 8:07 AM No comments: