A Moon for the Misbegotten: DVD reproduced laconic 1975 Broadway performance 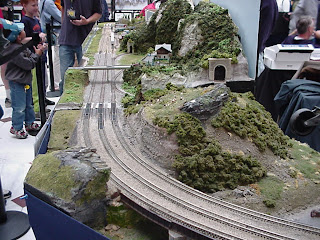 I had discussed “Iceman Cometh” on April 23, 2007 on this blog. Now, “A Moon for the Misbegotten” (DVD from Image, 1973 performance directed by Jose Qintero and Gordon Rigsny) of Eugene O’Neill’s play, seems a bit like a sequel to “Long Days Journey Into Night” but seems quite Spartan and linear in the Broadway version. The story concerns the relationship between “property owners” and tenant farmers, and the crossing of class boundaries when personal problems occur, but the unfolding is much leaner than that.

In the early 1920s, Jose Hogan (Colleen Dewhurst) and her father Phil (Ed Flanders) worry that the landlord James Tyrone Jr. (Jason Robards) will sell out from under them, leaving them homeless, and concoct a scheme to get to Tyrone by having him spend the night with her. What follows is a litany of all of Tyrone’s problems with the bottle and the loss of his mother. There is a lot of talk of the rationalizations that alcoholics often use. The setup reminds me vaguely of the problems renters can face today in light of the foreclosure crisis.

The setting is in the summer in New England, with a simple farm house and well. It could just as well be the Midwest. The play is rather like an Anton Webern quartet in its sparingness.
Posted by Bill Boushka at 8:04 PM