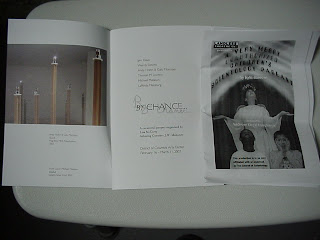 The Landless Theater Company in Adams-Morgan in Washington D.C. has been presenting a short musical satire “A Very Merry Unauthorized Children’s Scientology Pageant,” by Kyle Jarrow, directed by Andrew Lloyd Baughmn, choreography by Barbara Munday. The credits did not name the composer of the cheerful music. It ran about 55 minutes. The liner has the disclaimer, “This production is in no way affiliated with or connected to the Church of Scientology.” The cast comprises largely “The Kids” – what administrators call “middle school kids”. But, one says, every young actor or performer on IMDB started somewhere. This is certainly an excellent place to start an acting or dance career. Students who perform in public, music, drama, or in film (even with studio teachers) seem to do very well in school, and they learn the work ethic of the adult world quickly.

The full cast is here but most visible was Joe Haberman as the alter ego for Ron Hubbard himself. He has to make his case for Dianetics and the whole philosophy of the Church of Scientology. Now, I’ve seen the Church outside Metro stops, apparently offering mini-audits, and the musical went into all of that, with some fake toys that aren’t exactly designed for the “One Laptop for every Child” program. Some of the toys can’t be taken to the airport, in fact. There are hilarious caricatures of John Travolta (who did things to himself, especially to be in “Staying Alive” and then “Hairspray,” but not for “Broken Arrow” – he changed a lot since “Saturday Night Fever” didn’t he) and Tom Cruise Mapother (whose cultural contributions through film have always struck me as lot more substantial – “Eyes Wide Shut”, “Minority Report”, and “Lions for Lambs”, the last of which is really his own idea.

The main body of the farce does deal with the supposed thought-body or philosophy of Scientology, which was represented as knowing oneself and one’s individual purpose in life (not exactly what pastor Rick Warren means by "purpose-driven"). Hubbard, it says, wrote a lot of science fiction that developed the philosophy – because, after all, sci-fi is prescient for new philosophical systems. Although theologically very different from most “New Age” practices, it seems to serve a similar purpose. They talked about the auditing (demonstrating the mock E-meter on puppets), the electrodes, the mild intrusiveness, and so on, enough to have fun of it.

The performers wore white cloaks and rainbow headbands and socks. The stage was covered with a "board game" rug having an interesting, radially symmetric pattern of black, blue, beige and white geometric blocks.

Performers did dance up the steps into the audience seats, from what is a small stage in a small theater. No matter, though; I recall that in a theater in the Luxor Hotel in Las Vegas, performers in the show "Atlantis" back in 1997 danced and did acrobatics in the air over the audience in a couple scenes.

Media sources have discussed a controversial "unauthorized biography" of Tom Cruise, with his reported close ties to the Church of Scientology, by Andrew Morton, to be published soon, a typical story here. Visitors might want to review the concept of "libel tourism" (as it applies to books not published in but sold in Britain) here, (see the Oct 14 issue).

The District of Columbia Arts Center in this space sponsored an exhibit "By Chance", a curatorial project organized by Lisa McCarty, and J. W. Maloney, Fen. 16-March 11, 2007. 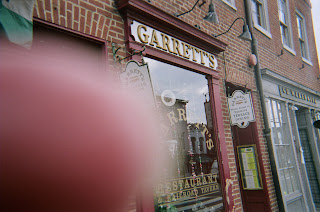 ABC 20/20 did a spot "What Drives Me': Tom Cruise's True Mission: Assertions on Secret Tape and Unauthorized Bio Put the Star's Controversial Beliefs Front and Center," and showed a video of Cruise speaking at a Scientology Center. The link is here. Cruise's lawyer has called the unauthorized biography a "pack of lies."

Switched.com has a story by Terrence O'Brien, posted on AOL, titled "Scientology Goes After Blog for Posting Video of Tom Cruise," link here. It looks as though right now the video can be watched again, although that could certainly change with time.
Posted by Bill Boushka at 4:29 PM