Stenhammar, Stanford, early music of Richard Strauss: check it out 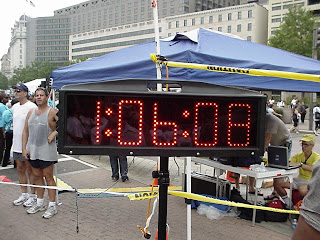 In the pre-Internet (as far as the consuming public knew)1980s, while living in Dallas, I discovered a mail order record distributor in the Santa Barbara, California area called “Records International” that offered hard-to-find late romantic works, on long-playing vinyl. The company also did its best to get these recordings to CD as quickly as possible, on its own Records International and affiliated Marco Polo labels (often using an orchestra in Singapore); it also sold a lot of high-end recordings from Europe on Chandos, Bis, and other similar labels as these were becoming known in the market then. Of course, the classical CD industry has undergone the same pressures of globalization as everyone else, leading to the closure, for example, of Tower Records recently.

The other day I played the BIS (CD-219) recording of Wilhelm Stenhammar ‘s Symphony No. 1 in F Major, composed around 1902, at around the age of 30, a live 1979 recording with the Gothenburg Symphony Orchestra conducted by Neeme Jarvi. Stenhammar was a Swedish composer whose career started out in German romanticism and became more disciplined as he grew older. The F Major symphony is often reported as having been withdrawn, but actually it is a towering work (53 minutes) that sits well in the tradition of Bruckner – it rather mixes Brahms and Bruckner into one style, if one can imagine that. You have to listen to it to get it. The F Major key – often associated with “pastoral” qualities when tempered properly (not risen a half step) seems to create a contradiction, until you get into the references and paraphrases that Stenhammar makes of other German romantic work. The second movement, a balladic andante con moto that emphasizes the “con moto” (it’s almost allegretto) recalls the “minuet” minor keyed movement of Brahms ‘s Third Symphony (also F Major, maybe not a coincidence). Curiously, for me, it also reminds me of the famous A-minor movement of the Beethoven Seventh. Along the way, he manages a quote from the C#-minor slow movement of Bruckner’s Seventh Symphony. Already, Shenhammar is building up a curious summarization of all of the music in his head! The third movement is marked allegro amabile (a little fast to be the “real” allegretto), is the gentlest of scherzo’s, as if one could take Tchaikovsky’s Nutcracker ballet style and cast it in German terms. But it is the finale that Stenhammar’s intentions come out. The perfunctory music from the first movement returns but becomes alternatively furious and heroic, then slowing down to a conclusion that takes us back to the end of Wagner’s Gotterdammerung. (I believe that opera ends in D-flat, but here were are still in the pastoral F). Stenhammar builds for us his sunrise. But instead of an explosive chord that will die away, he suddenly accelerates into march style, crashing down with a conclusion that recalls “Das Rheingold.” It is if Stenhammar really thinks Wagner should have ended Gotterdammerung with triumph rather than peace. He wants to rewrite it and “get it right.” This is a live recording, and the audience shows it loves the effect with the applause.

Stenhammar’s Second Symphony, in G minor, is more ascetic, but it concludes with a massive fugue.

One could put in a pitch for Richard Strauss ‘s second heard F minor symphony, a brooding work with a familiar slow movement, and a triumphant conclusion based on what sounds like an original Lutheran hymn, leaving an emotional effect similar to the end of Mendelssohn’s Scotch Symphony. This was on the Records International Label 7005.

One other derivative work that I’ll mention today is the Symphony #1 in B-flat Major (Chandos 9049, Ulster Orchestra conducted by Vernon Handley) by Irish composer Sir Charles Villiers Stanford. The last movement has a repeared note motto that seems to combine the effects of the finales of the “smaller” 4th (also B-flat) and 8th symphonies of Beethoven.

When will major American orchestras (like the National Symphony) discover these interesting repertoire items?

Variety, under the news link on the left side of its home page, has a large number of alarming stories about a looming Broadway strike. For example, on Oct. 9, Gordon Cox has, "Broadway strife reaches critical stage; Great White Way shutdown a possibility", here.
Posted by Bill Boushka at 1:25 PM