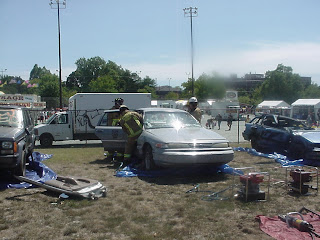 Netflix has a number of DVD’s of comedy-club like monologues. Some of them do a lot of satire on GLBT issues, or other major political controversies and show up the hypocrisy of politicians.

Eddie Izzard: Dressed to Kill (Ella Communications / Edgewater, 1999) is one of several Izzard shows. The subtitle, of course, refers to the famous 1980 Brian de Palma film. It was was originally produced in New York City at the Wesbeth Theater. Izzard is a transvestite, dressed in a fleshy cape covered with stars and wrapped around “her” body, with a bowl haircut that resembles a man’s. The stage has a wall with what looks like a map of the LA area. The DVD starts out with narration about San Francisco, trying to link the cable cars to Alcatraz, before the comedy show starts. He talks about why he didn’t join the Army, but how he could teach the Pentagon a thing or two. He mentions “don’t ask don’t tell” early on, and comments that the Ban deprives the military the element of “surprise” whatever its shock and awe. The comments sound strangely prophetic given the date of the show. He goes ahead and plays world history teacher, talking about Stonehenge, Henry VIII, the way we were during the two World Wars, and then brings us up to date on Bill Clinton. At one point he mentions “The Gesture” and doesn’t quite tell us what it was, at least when I was in the Army: aka “OGAB” aka “O Go Way Butterfly!” (This informal skit got acted out in the eyebrow barracks at Fort Eustis (Fort Useless) VA in 1969 by the men (one of them having shaved some of his forearm to give blood) by imitating Tiny Tim tiptoeing through the tulips, and then just doing the limp wrist and saying the lithp-lisp "yeth: with a moon face; it was a real show. It was followed by invocations of me as Chicken Man long before I became Mr. Burns of The Simpsons.) Later Izzard talks about Steve McQueen (“The Blob”, “The Great Escape”) as a caricature of an American Man. He gets around to talking about space exploration, how we keep looking for monsters on Mars and don't find them, and also makes a strange comment about anthrax, two years before it was a public issue.

Comedy Presents: Kate Clinton (2006, Liberation / HDNet), performed in LA, is a bit more to the point on the gay issues, asking all the obvious questions about how straight society is to be harmed by gay marriage or by letting gays serve openly in the military.

Another comedy performance to check out is "Suzanne Westenhoefer -- Live at the Village" from the Village Theater in Hollywood (2004, Image). She certain has fun with the urban legends about gays.
Posted by Bill Boushka at 7:53 PM