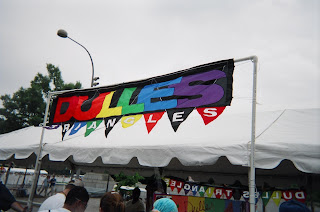 One inexpensive anthology is “Three Plays”: Our Town, The Skin of our Teeth, and The Matchmaker, published by Harper Perennial Modern Classics, ISBN 0-06-092985-5. “Our Town” runs 114 pages in print and exactly two hours to perform, and it moves in slow movement tempo. The book contains a Preface by Wilder himself, and a Foreword by John Guare.

I saw the firs two acts at school, in the 1977 NBC Performance directed by George Shaefer with Hal Holbrook as the stage manager, where the prototypical “Grover’s Corner NH” is laid out as a model, as if this were to become a Dogme film. That version (VCR from Mastervision) doesn’t seem to be on DVD, so I rented the 2003 PBS version, directed by James Naughton, where Paul Newman plays stage manager. In the newer version, relative unkown Ben Fox looks a bit mature for the sixteen-year-old George, and Robbie Benson was more on the mark in the 1977 version (yet Benson had shattered us in “Ode to Billy Joe”).

The play is famous for its structure, as it reflects upon itself. The stage manager provides commentary, sometimes discursive and descriptive (even to the point of naming the play and author), obsessed with trivia in an almost Asperger way. Yet it morphs into real life and a depiction of our society’s cultural norms about love and marriage, and how these map into our view of the afterlife.

The Intermission occurs after the first two ("The Daily Life" and "Love and Marriage") of the three acts, after almost 75% of the running time has elapsed. Then in act three, the “dead”, on simple chairs, become the undead, and comment on the living, as Emily, having just died in childbirth, perfoming her social duty, gets into a “time machine” and relives her twelfth birthday. Young man George visits her grave as a widower, curiously with the opportunity to become the “self-centered” hero he really wanted to be, perhaps a “god” who receives the godhead from the passage of another god as in Wilder’s early novel “The Cabala” (or Cabal), which is discussed in the Foreword. In fact, Wilder’s novel proves that he looked at this whole family values thing from a bit of a distance.

For a play written in 1938, at the end of the Depression and before WWII, the play is quite prescient about the struggle between individualism and group consciousness (or psychological surplus and adaptive living) and values, especially around the family and social norms. On p 27, Mr. Webb mentions that people have always tried to find a way to reward individual merit while helping those who can’t take care of themselves, and then there is a question about beauty and culture. Webb admits that there is not much artistic or extra-personal “culture” in this small town. Just people. Soon Dr. Gibbs sets aside his precocious teenage son George and humbles him in a general conversation, asking him to be more attentive to his mom (chopping wood for her without being asked) even as he increases George’s allowance. George is ambitious, and already an accomplished baseball player (in 1901 Major League Baseball as we know it today were just coming into being), and talks about going away to agricultural college. Dr. Gibbs correctly anticipates the George probably doesn’t have the psychological patience for farming, with his tendency to shun sharing the adaptive family chores.

In Act II, the centerpiece, and self-proclaimed to be about love and marriage, the stage manager announces that “everybody climbs into their graves married” almost without exception. Marriage and procreation are almost compulsory, but hardly anyone would think of asking the question that way.

Then the stage manager introduces a scene where George and Emily know they are right for one another. Emily confronts George with the observation that everyone sees George as becoming stuck up and conceited since he is doing so well at baseball. (He reminds he of Martin Brewer, played by Tyler Hoechlin, in TheWB’s series “Seventh Heaven.”) Not that George does anything so overtly bad, he just has become unresponsive to people “as people,” and he seems even to ignore the needs of his own family (still). He wants to be a better person, in terms of a world that accepts interdependence and the will of God rather than just an inner driven self. They have an interesting discussion about whether men can be naturally good or whether goodness and perfection comes from girls, and Emily says girls are too "nervous" (emotional) to be perfect. At the end of Act II, they get married, but not until both George and Emily both have soap-opera like cold feet (almost like Sami and Lucas in “Days of our Lives” recently). There is some archaic talk, where George says “all I want is to be a fella” and where Mr. Webb says to Emily that George is a “fine fella.” The tragedy that will follow in Act III, where Emily dies by giving new life while George eventually moves on, seems to encapsulate the whole question of what people have a right to expect from life, given the needs of others. It’s curious and a moral paradox that transmitting life reinforces reverence for life, yet Emily had to give up her own earthly life for the permanence of the chairs in the cemetery in order to transmit life.

There are more comments on my regular movie reviews site, here. 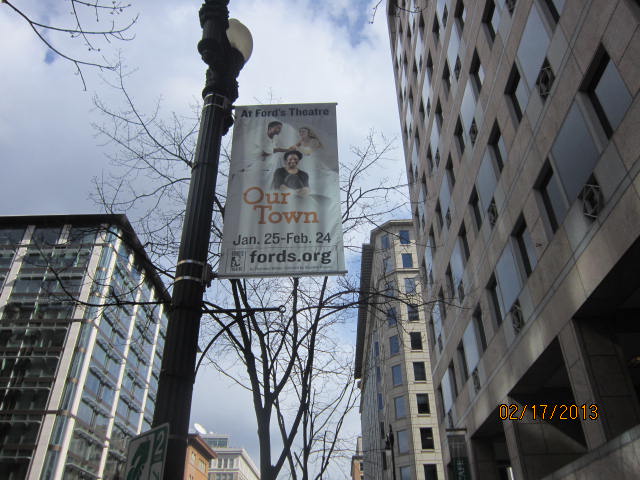