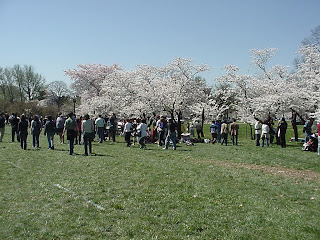 The original opera takes place in Japan and is here transplanted to the British seaside (Brighton substituting for the town of Titipu) in the 1930s. Off of this makes the story, on its surface, seem even sillier. Ko-Ko (Eric Idle) has to pay heed to “sales culture” and come up with his quota of decapitations to win the heart of Yum-Yum (Lesley Garrett). Now Nanki-Poo (Bonaventura Bottone) has returned from self-imposed banishment for Yum himself, and the deal struck by “The Mikado” (by definition, an emperor of Japan, Richard Angas in this performance) is to let Namki have her for a month as long as he fits into the quota of executions.

The music is particularly lightweight and acting stereotyped, so it is hard to tell if this operetta is farce or satire. The subject matter (given the Capote movies) seems hardly fit for fun. This shows that you can make “entertainment” out of almost anything, but by today’s standards it is pablem. There is a lot of silly dialogue playing games with marriage, execution, being buried alive, and so on. Nothing is shown.

Sir Arthur Sullivan did sometimes compose majestic music, as the Overture “In Memoriam” in honor of his rather, part of it in 5/4 time.

Available as a television tape of the stage production from Netflix (distributor is A&E).

There is a great conceited line "I am an acquired taste. Only the education palette can appreciate me.... Just as I was at the point of completing education, I shall find another."

"I have just married this miserable object."
Posted by Bill Boushka at 12:55 PM