Eugene O'Neill: The Iceman Cometh (and a note about Lanford Wilson "The Fifth of July") 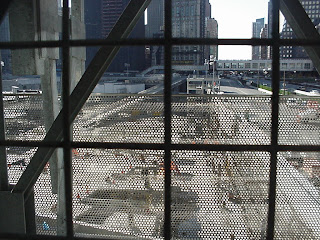 The first Friday night in October 2001 some wet snow flurries blew through the air in Minneapolis and, after watching a discussion of 9/11 on Nightline, I walked into the Boom, a favorite gay bar on the East Side of the River. A talked, or perhaps prattled, about the existential implications of the Nightline broadcast to a graduate student that I have befriended.

A few minutes later, as I was standing around, an African American woman named Lorraine approached me and asked, “What is your birth day.”

“His boyfriend thinks you like Scott, and that presents a problem. Please keep your distance.”

So I was the creep here. A guy, in life’s endgame (having “traded queens”) walks into a bar. No, I didn’t give a three hour lecture, more like five minutes. I had no confession to reveal. The police never came. But someone was asking me to leave. My behavior was, to some people, boorish. There seems to be a basic parallel.

Lee Marvin, so well known for being mean in many other movies of his day, walks into a bar, “the Last Chance Saloon,” and begins to challenge the idea of the other patrons that they expect anything. We gradually, over three hours, learn why he is at the end of his own road. There is that kind of despair you sometimes find in expressionistic classical music of the time. (The soundtrack contains honky tonk music -- maybe Scott Joplin -- on an out-of-tune upright piano that reminds one of a similar effect in Alban Berg's opera Wozzeck). The youngest patron in the bar, Don Parrit (Jeff Bridges), resents Hickey’s “staring” at him – often an issue in bars. It’s interesting that O’Neill could construct a four hour play on this simple problem of being welcome. It turns out that Parrit has more to learn from Hickey than the other patrons.

The play does bring up other issues of the pre World War I period (anarchists), in ways that could parallel some of our own issues. And the “movie” DVD, all 239 minutes, recaptures the visual atmosphere of a speakeasy in the first decade of the last century, when there was so much to look forward to and no one had a clue as to the shell shock that was about to come.

I recall that my last year in New York City in 1978, I went to some plays with a good friend, one of them being Lanford Wilson 's post Vietnam "The Fifth of July." I saw this in May 1978 in an off-off Broadway stage in Greenwich Village. (My friend made a comment that a disco-like orb above the stage looked like a "UFO". That was the rage at the time.) It was a bit heavy, as it deals with a midwestern gay veteran (Ken Talley) who lost both legs to gunfire in Vietnam. He has a devoted lover, and they have friends over during the summer holiday. There is an undertone of the idea that sexual attractiveness can be lost because of involuntary disfigurement in war. Today, the play would have some context in relation to the debate over gays in the military. Afterwords, I would have a curious confrontation (over French cinnamon ice cream in the Riviera Cafe) with the friend in a restaurant, and it's easy to imagine a play about that.

I think that O'Neill's Iceman play may have been around then, but too long to see.

Here's a link for a 1990 performance directed by Kate Hammet-Leader.
Posted by Bill Boushka at 7:30 AM