Snuhgie presents another Belize scholarship "soul rock" benefit, and the need is surprising 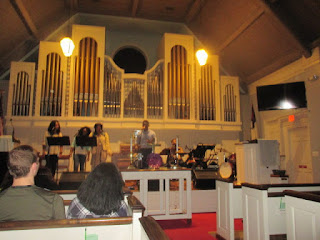 Tonight, Robert Stocks and his group Snuhgie presented a rock gospel concert at the Trinity Presbyterian Church in Arlington VA to support the Belize Rural School District.  There was a similar concert reported here Nov. 4, 2012 (and March 17, 2012 for Haiti).

This time there was more information about a scholarship fund.  In Belize, secondary school education is not free, so the Church is trying to fund scholarships that cost $195 a year for public high school, with a $145 graduation fee.

Belize (like Panama) is probably better known for marketing of retirement properties (for low cost of living) and vacations, and a few celebrities have had coastal properties there (like software maverick John McAfee ).  So it is shocking that the country (independent only since 1980 and having to “defend” itself from Guatemala) doesn’t offer free high school education, necessary for most jobs.  But that is true of some other third world countries. In the Philippines (where some American self-publishers have plants), it’s common for people to send education money to relatives.

So it seems to be up to American and developed world churches to pitch in for this problem, which is obviously political.  Belize, where English is spoken, is more stable than some other Central American countries, but the failure of US foreign policy in Central America – right in the middle of an election year – seems galling, or (to quote a workplace memo) “glaring”.  During the refreshments, people where seeing on their cell phones that Hillary Clinton and Donald Trump had prevailed today. 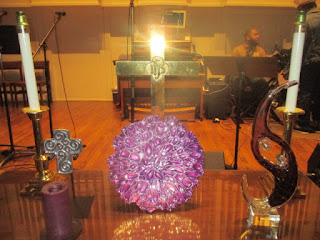 This time the music was more familiar as gospel music.  In past concerts, I seem to recall the group being more adventurous with the percussion and playing some dissonant, “modern” soul music.  This time, there was less interest in musical abstraction and more in worship, it seemed.

The DC Travel and Adventure Expo today had a large exhibit for vacation and resort travel to Belize. 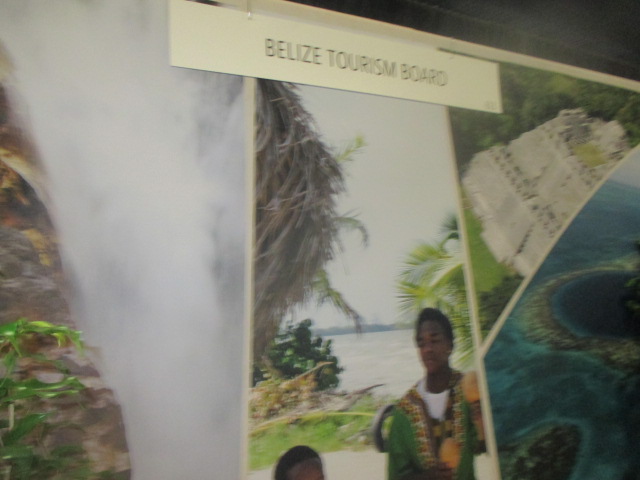 Posted by Bill Boushka at 9:27 PM No comments: 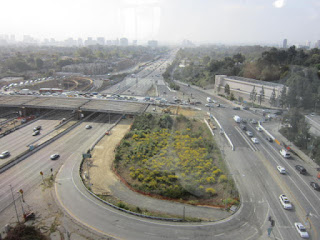 Christopher Cerrone has composed a 70-minute opera “Invisible Cities”, which indeed is rather high concept. You have to work to unravel its rewards from what is on the Internet.

The basic website is here. The composer has more detailed information about the performance on his personally named site here.

The opera is based on the unusual novel by Italo Calvino. The “novel” (which in concept might remind one of Thomas Carlyle and “Sartor Resartus”) comprises nine chapters where Marco Polo   describes 55 cities, largely to Mongolian emperor Kublai Khan, who faces the political problems of loss of empire. The novel was in turn based on Polo’s “Book of the Marvels of the World”. Polo’s travels in the 13th Century would have been something like space exploration today.  I remember first learning about Marco Polo in third grade.  Ironically, “Marco Polo” is also a California record label that specializes in CD’s of rarely performed late romantic and early modern classical works (often produced in Singapore or Hong Kong).

The opera was originally composed for a more “conventional” stage presentation, and was premiered at the New York City VOX Festival in 2009 at the Kimmel Center.  I missed a chance to see it in NYC in 2011.

The opera (here)  is performed by La Dance at the Union Station in Los Angeles, CA, as “Invisible Cities: An Opera for Headphones” and a deluxe CD is available from “The Industry Records” here. (I didn’t see it on Amazon.) The opera requires four solo voices (SATB), eleven chamber players, and electronics (including percussion).  There are two pianos, one for each half of the orchestra, a harp and gong. It is heavily choreographed, almost as hybrid of opera and ballet.

Over half of the opera’s duration (as performed in Los Angeles in October 2013) can be viewed “free” on YouTube, and I’ll come to how to pay for it in a moment (one should).  “The Industry” maintains the YouTube Channel here.  There are scenes (six) both inside and outside the station, with characters including Khan (Cedric Berry) in a wheel chair with oxygen line, and Ashley Faatoalia as the traveler Marco, and many dancers (one very lean).  The opera on site is to be experienced with wireless headphones.

There is also another channel with the music alone, starting with a five minute “brass” overture (which seems to center around the tonality of B minor, but the opera uses the keys of C and D a lo ; it ends in C, quietly).

Artbound has a “Special Episode” of “Behind the Scenes” here (57 minutes) for KCET  The film explains the concept of the opera thoroughly, with the composer Cerrone often speaking, as well as the director Yuval Sharon.  The numerous “snapshot” cities are reduce to four, with everything in a sense centered on Venice, but with Adelma, at the end, as a metaphor for the end of life.  The two female singers are sometimes shown in humbling roles, as mopping the train station floors.  Cerrone and Sharon explain that the audience experience with headphones runs counter the usual “proscenium” concept of opera (or even arena) and somewhat recreates the big city experience of being “alone together” in a place like LA, especially in a travel terminal.  This is really an outstanding documentary film.  One wonders if the opera could be made into an independent film around the same idea, maybe with snapshots of the cities as separate communities within a larger ashram, almost like destinations in a model world or board game.

I did purchase the soundrack mp3 zip file from the Bandcamp site which is set up to help artists earn a living from their work, by various ways of offering the material and suggesting a price ($9.99 for the soundtrack, but the CD is pricey).  It would be “easier” to purchase this if it were offered on Amazon for cloud rental or purchase, but if so, the KCET documentary explaining it needs to be included.  However, when I purchased it in a Windows 8 environment, the Windows tool would not unpack the folder because the name was too long (as if intended for the Mac).  I'll have to look into this.  Also, Bandcamp uses Paypal's own credit cards (if you want to use a credit card) and invites you to use your Paypal account first.  There seems to be a lot of pressure against working with banks.

Posted by Bill Boushka at 4:26 PM No comments: 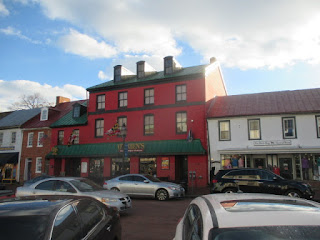 I thought I would “open the short month” with some notes about how earlier use of minor keys for cyclical works.  I’m a little inspired to take this up since pianist Jonathan Biss has been blogging a lot about Mozart and Beethoven recently on Facebook.

Mozart’s first piano concerto in a minor key would be the D Minor, #20, K. 466. I did “read” this work while taking piano, in eleventh grade as I recall.  The second movement, the Romanza, is “pre-romantic”, and the finale is noteworthy for going to a “happy ending” in the parallel (or Picardy) D Major.  There is a tempestuous cadenza before this coda, which remains rather martial, without the “big tune” to come from romantics.

But then Piano Concerto #24 in C Minor, K. 491, is a strange beast indeed.  The first movement breaks from convention in the way the piano enters the exposition, and in the “double conclusion” of the Exposition section.  The most common cadenza is the one by Brahms, with a palette that reminds me of Brahms’s own early sonatas. The movement ends in a hush.

The slow movement is the lovely Larghetto in the parallel E-flat, but the Finale is an “Allegretto”, a theme and eight variations in C Minor, that says in minor for a brief fortissimo conclusion.

I think I have an ASV of these two works, but I’ll recommend Arthur Rubenstein with Wallenstein and the RCA Symphony, from the late 1950s, when RCA Victor Red Seal records were in vogue.

A good stylistic comparison can be made with the “Fantasia and Sonata in C Minor” K. 475/457 (The Sonata is #14) which should be appreciated as one work.  The Fantasy ends with a proclamation of the C Minor scale itself.  The Sonata immediately delves into the extra chromatic opportunities that C Minor seems to offer (think about the Bruckner Eighth).  As with the Concerto 24, the slow movement is a “song without words” in the relative major, but here the finale conveys an extra sense of tragedy, opening with a fugato-like theme, and then an uncompromising reprise in the treble.  The transition to the second subject is unusually abrupt.  The ending stays in stern minor.

So how did all this influence Beethoven, when he composed his Piano Concerto #3 in C Minor, Op. 37.  The work is long for the period, almost 40 minutes, and the first movement is very expansive with a complete ritornel.  The piano part has some delicious passage work near the end of the exposition, and in the development that always caught my ear, particularly about the time I was a junior in high school.  The slow movement, almost parked in time, is in the remote median key of E Major (that would be the case later for Rachmaninoff’s Second Concerto).  The Rondo starts with a theme “justified” by the enharmonic relationship between G# (from E Major) and Ab, back to C Minor.  The movement has a big cadenza before a happy ending in a major key, but to my ear, at least, the joy sounds superficial compared to what was to come from Beethoven’s Fifth and Ninth Symphonies.  Even Leonard Bersntein doesn’t get a lot more out of it, in this performance with Kyrstian Zimerman (the wedding ring shows).


So my last little exercise here concerns Haydn’s Symphony #95 in C Minor.  Does this work anticipate the Beethoven Fifth? The first movement alone ends in a triumphant C Major, and the finale (as with the Beethoven 5) is entirely in C Major.  The slow movement, in relative E-flat, ends loudly, which Haydn sometimes does.   Here’s a performance (on London) with the Philharmonia Hungarica and Dorati.

Posted by Bill Boushka at 9:50 AM No comments: