On September 26, 2006 there were widespread media reports that the Deutscher Opera of Berlin had canceled performances of Mozart's opera Iddomeneo, K. 366, because the director had added an epilogue in which the head of Mohammed, as well as Jesus, Buddha and Poseidon, were carried. Other operas, like Richard Strauss's Salome, have had similar effects with decapitation. The epilogue is not part of the original opera, which is based on a French play by Antoine Danchet and takes place in ancient Greek times. The complete title of the opera is "Idomeneo, King of Crete."

There are many media stories. Typical is one by Judy Dempsey and Mark Lander from the International Healrd Tribune, at this link.

The incident recalls the Jyllands-Posten cartoon controversy from earlier this year, when Borders bookstores would not carry an issue of Free Inquiry, that carried the cartoons.

As I have indicated, I believe that withdrawing artistically or intellectually legitimate materia out of fear is giving in to bullying. I did have an LTE published in The Washington Times on this problem on April 1, 2006.

I own a copy of Teldec's performance by Nikolaus Harnoncourt, which includes a performance of the "Ballet Suite" K 367 as a bonus.

The opera was finally performed in Germany in December 2006 without incident.
Posted by Bill Boushka at 2:05 PM No comments: 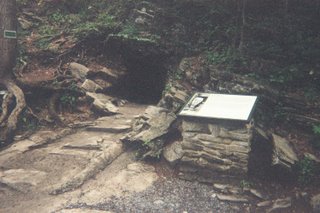 The Metropolitan Opera will broadcast some of its Saturday matinee opera performances in the 2006-2007 season at 1:30 in possibly several hundred theaters around the country by satellite and HD. These will be theaters operated by AMC, Regal and Cinemark. Tickets will be about $18.

There is a story in the Sept 7 2006 Seattle Times Nation and World by Christopher Reynolds, reprinted from the Los Angeles Times , at this link.

Here is a link for an ad from Regal Cinemas in Arlington VA. Operas: Tan Dun: The First Emporer; Tchaikowsky: Eugene Onegin Rossini: The Barber of Seville Puccini: Il Trittico
Posted by Bill Boushka at 1:26 PM No comments: